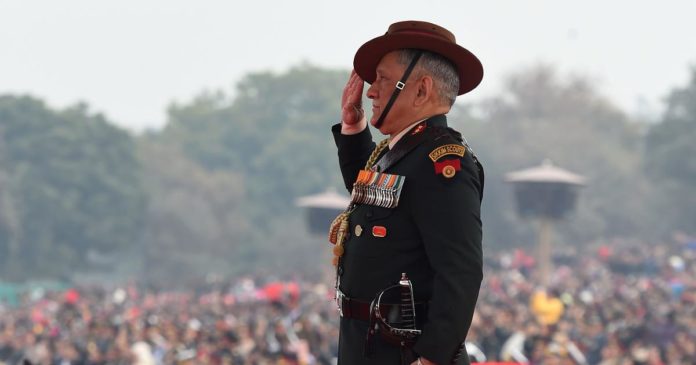 Stressing on integration between the Army, Navy and the Air Force, General Bipin Rawat said it was important to ensure that “1+1+1 combine” of the three services added up to “5 or 7 and not 3” through synergised action.

“The task cut out for the Chief of Defence Staff is to integrate the three services and enhance their capability. We will continue working towards that,” he said. Efforts will be made to ensure uniformity and integrating of systems for procurement so that the three services can work in coordination with each other, General Rawat added.

“My head is feeling lighter because I have had to take off that angled Gurkha hat that I have been working with for 41 years,” said General Rawat. He was referring to the change of his head gear from the typical inclined Gorkha hat, with a strap under the chin, to a Peaked Cap. Putting his comments in perspective, he elaborated. “The CDS will remain neutral. He will be neutral to all the three services, within his own service, and therefore my head is certainly feeling lighter.”