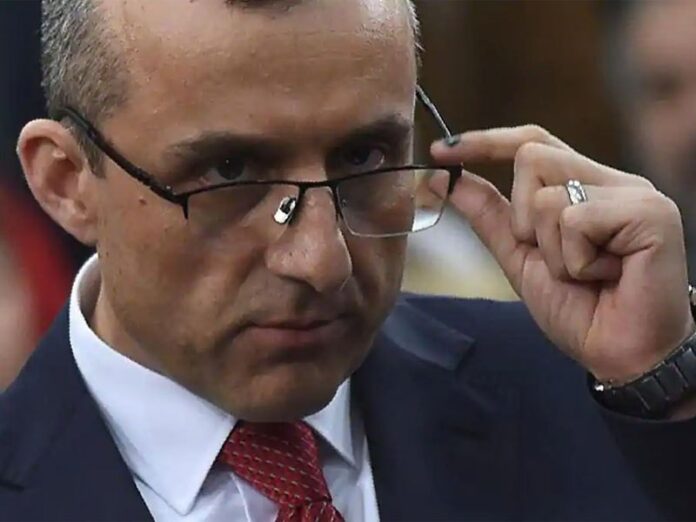 During an interview with Tolo News on 7th September, Amrullah Saleh, the Vice President Afghanistan, raised the Durand Line issue with Pakistan. He said that no Afghan politician of national stature could overlook the issue of the Durand Line. It will condemn him or her forever. He added, “It is an issue which needs discussions & resolution. Expecting us to gift it for free is un-realistic. Peshawar used to be the winter capital of Afghanistan.”

Saleh further added that Pakistan has come out of denial. It is openly saying that they are harbouring the Taliban. “This clarity despite being bitter is a development which can be utilized in benefit of peace process. I had candid discussions with Gen. Bajwa & ISI director when they visited Afghanistan. Keep Pakistan engaged 4 peace,” he said.

Since the departure of the British from the Area, Afghanistan has been trying to reassess the border with Pakistan, but the two nations have failed to come to any conclusion. Though Pakistan claims that Durand Line is a well established international border, Afghanistan has never accepted it. Afghanistan claims a significant portion of Khyber Pakhtunkhwa and Balochistan provinces in Pakistan based on the fact that though they were claimed by Pakistan at the time of its formation, however, they used to be a part of Afghanistan and the ethnic groups of Balochs and Pashtuns have been partitioned.

Afghanistan had also demanded in 1947 that the Pashtuns should be given the right of self-determination. The demand was ignored by both the British and Pakistan at that time.

In recent years, the tension between Afghanistan and Pakistan has increased due to Pakistan’s continued support of the Taliban.

Amid faceoff with China, India readying for closer military ties with ‘friends’ – Defence News of India

Defence News Vikas Gupta - September 29, 2020 0
SOURCE: WORLD NEWS GROUPChina has had an eventful 2020. It stoked the world’s ire with its initial cover-up of the coronavirus. It reneged...

Amid faceoff with China, India readying for closer military ties with ‘friends’ – Defence...

Amid faceoff with China, India readying for closer military ties with...