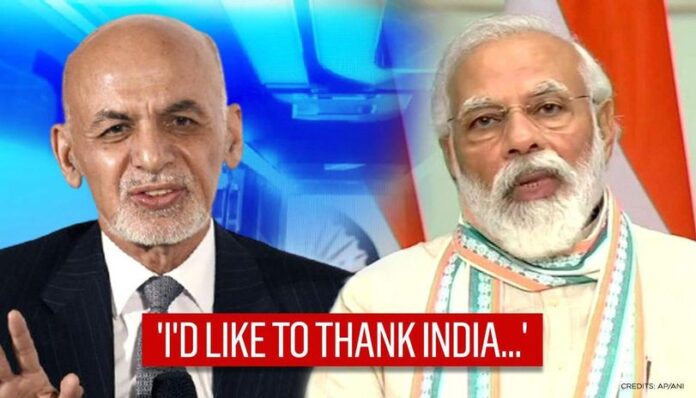 Afghanistan President Ashraf Ghani on November 24 expressed gratitude towards India for its commitment of more than $2 billion throughout the years. At the Afghanistan conference in Geneva, Ghani thanked several nations including Germany, the UK, the EU, France and Japan for partnering with Afghanistan and convening at least 12 conferences along with its NATO partners for consistent support and standing “shoulder to shoulder” with Afghanistan. Acknowledging that the support of all nations is “critical”, Ghani said, “Thank you”.

Afghanistan President said, “To the governments of Germany, the United Kingdom, the EU, France and Japan—thank you for partnering with us over the years to host and convene 12 conferences that have been critical to Afghanistan’s trajectory. Thank you India for the commitment of over 2 billion dollars during these years.”

“We are also grateful to our NATO partners for your consistent and principled support, and for standing shoulder to shoulder with the Afghan National Defense and Security Forces in our shared fight against terrorism. Your continued support has never been more critical and we thank you,” he added.

Ghani thanks India for Chahbahar corridor
Earlier on day 1 of the conference, Ghani had thanked India and Iran for the Chahbahar corridor during his keynote speech at a high-level event on November 23. In his address at the side events of ‘Meeting on Regional Cooperation on Afghanistan, Geneva Conference’, Ghani talked about how the nation is rocked with violence and what its people are suffering is “beyond endurance” and then thanked several governments along with the Asian development bank, European Union (EU), the International Monetary Fund (IMF) among others who have helped Afghanistan during the challenging years and are also playing a critical role in the virtual conference.

Ashraf Ghani said, “The violence that our people suffer is beyond endurance the window is short please help take advantage of it. I have the pleasure to thank the Asian development bank, the European Union, the IMF, the world bank and bilateral organizations from our major partners who have helped us during these years and are playing a critical role in this conference”

“I would like to thank Azarbaijan and Turkmenistan and Turkey and Georgia for agreeing with us on the Lapiz Lazuli corridor that is crucial. I’d like to thank India and Iran for the Chahbahar corridor in related sea corridor as well as the air corridor. I’d like to Thank Uzbekistan, Kazakistan and Russia for their support and China for the support to what we call both the wheat corridor and the key supply corridors and flows will soon be in two ways,” he added.