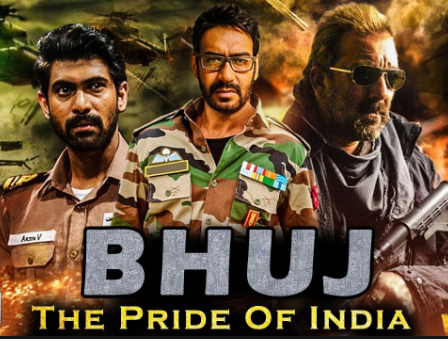 It seems as if for Ajay Devgn, the new year 2020 is going to be an amazing one. The actor who has completed a journey of 100 films in his career of Bollywood films will also be seen playing the role of an Indian Air Force (IAF) pilot in one of his upcoming films which is titled Bhuj: The Pride Of India.

The first look of the actor in a completely new avatar was shared by the director of the film Abhishek Dudhaiya on social media on the very first day of the new year.

Ajay will be seen donning the role of Squadron Leader Vijay Karnik in the film which will open on the theatres a day before Independence Day.

Talking about the film, it tells a story of bravery, selflessness, and commitment that was shown by ordinary people apart from the armed forces during the 1971 Indo-Pak War.

There was so much to learn from him and I feel blessed to have worked with him in my first Bollywood film.” For the unversed, Ajay’s upcoming film Tanhaji: The Unsung Warrior is also based on a warrior and co-stars Saif Ali Khan and Kajol. It is slated to release on January 10.