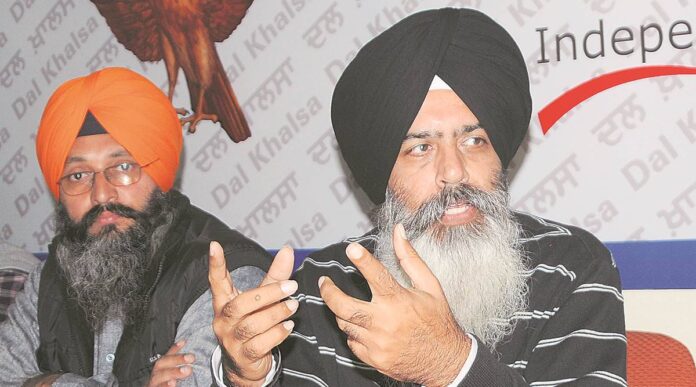 The Akal Takht, the highest temporal seat of Sikhism, has decided to confer the ‘Panth Sewak’ award on Gajinder Singh, one of the five men from the Dal Khalsa who hijacked the Delhi-Srinagar Indian Airlines flight IC423, with 117 on board, to Lahore on September 29, 1981.

The hijacking was carried out to protest against the arrest of Jarnail Singh Bhindranwale earlier that year. Gajinder along with the four others were arrested by the Pakistanis on September 30, tried, and jailed. They were release in 1994. While two of the hijackers returned to India, the other three decided to stay back.

India had put Gajinder Singh’s name in the list of 20 “most wanted” terrorists in January 2002 and had been seeking his extradition from Pakistan.

Akal Takht has decided to honour on 11 members of community with different awards and Gajinder Singh, who was elected as the chairman of the Dalk Khalsa, is one of them.

Justifying the award, Dal Khalsa spokesman Kanwar Pal Singh said, “We have serious objections to India’s viewpoint on Gajinder Singh. The decision of the government to label him as a ‘terrorist’ is unjustified. He is not a killer or a criminal. He is a man of politics. He wanted to change the system. He has never shown any prejudice or discrimination towards any religion or culture. He struggled for Sikh rights but never took up arms to accomplish the mission. The charges of sedition against him doesn’t fall under the definition of terrorism. Sedition is not a terrorist act. He has already spent 13 years and four months in Lahore jail for his act”.

Kanwar Pal said that while Dal Khalsa activists hijacked the aircraft to Lahore, none of them carried firearms and did no harm to any passenger. In the wake of the hijacking, the Union government had banned the Dal Khalsa in 1982. The outfit was allowed to restart overground activity a decade later.

“Gajinder Singh reached Germany in July 1996 to start his life afresh there. He was deported to Pakistan courtesy the pressure from India. A petition was filed by our party activists in the administrative court of Germany protesting the deportation of Gajinder Singh back to Pakistan. Since then, he is in exile,” Kanwar Pal said.

Tajinderpal returned to India in December 1997 and Satnam in 1999. A Delhi court in August 2018 had acquitted the duo of charges of waging war against the country saying they were being granted “benefit of doubt” as the prosecution failed to prove the charges beyond “reasonable doubt”.