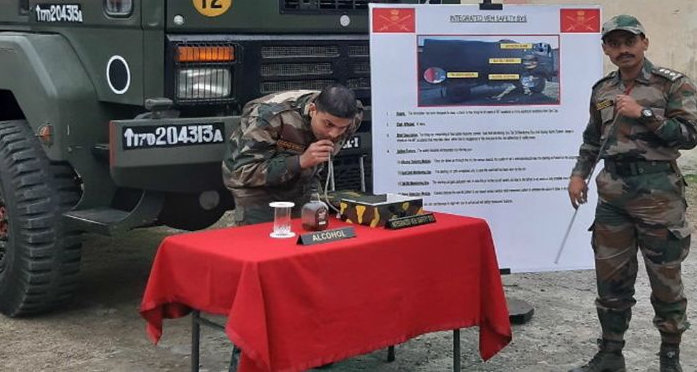 The Indian Army has developed an integrated safety system to prevent accidents during military transport. After the installation of this system in army trucks, drivers will not be able to drive it by drinking alcohol or without a seat belt. The system has been designed by Captain Omkar Kale of the Indian Army and his team together.

This system monitors the driver’s alcohol consumption and if the driver has drunk then the system will not start the truck.

Not only this, but the safety system also works if the driver does not wear seat belts. This integrated safety system was used in the trucks manufactured at the Jabalpur Vehicle Factory for the Indian Army and It was successful. According to Indian Army officials, this system will reduce accidents of Army’s trucks.