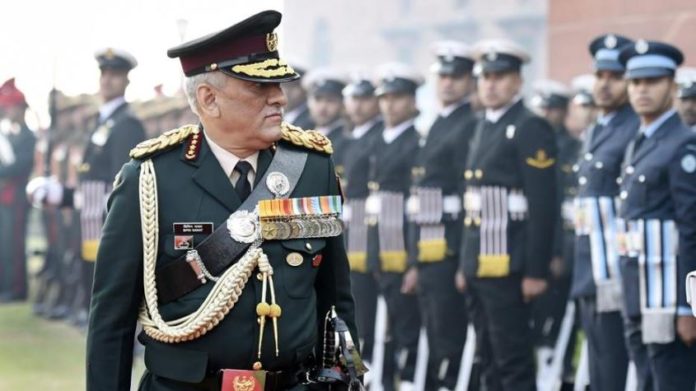 India’s chief of defence staff General Bipin Rawat, in his first official directive after taking over as CDS, has asked top officials of Headquarters Integrated Defence Staff (IDS) to prepare a proposal to create an Air Defence command to enhance military synergy and optimally utilize the resources of the armed forces.

A defence ministry spokesperson said on Thursday that Rawat has set a June 30 deadline for the proposal to be submitted. Air defence refers to protecting military assets from an aerial threat by the enemy. An Air Defence command will include air defence resources of all the three services.

As India’s first CDS, Rawat is the permanent chairman of the chief of staffs committee, heads the newly formed department of military affairs, and is the single-point military adviser to the defence minister.

The department of military affairs is expected to form a six-member panel to suggest measures to speed up jointmanship among the three services, a senior official familiar with the matter said, asking not to be named.

The committee will have senior officers from different verticals of IDS, including operations, planning, training, and intelligence, the official added.

IDS was set up in 2001 as a single-point organisation for jointmanship, which integrates policy, doctrine, warfighting, and military purchases. It refers to a degree of co-ordination and integration in terms of strategy, capabilities and execution across the three services. IDS now comes under the CDS.

“He (Rawat) also set out priorities for execution of synergy by June 30; and December 31, 2020 [for different priorities]. Some of the areas identified for jointness and synergy include the creation of common logistics support pools in stations where two or more services have their presence,” the spokesperson said.

The government expects the CDS to bring about jointness among the three services within three years.

One of the key objectives behind jointmanship is the setting up of joint/theatre command for the best use of military resources to fight future battles. While the army and the navy have been open to the idea, the Indian Air Force has concerns about theaterisation.

The spokesperson said Rawat highlighted the need to consult the three services and the coast guard on matters related to jointmanship and obtain their views in a time-bound manner. He said Rawat made it clear that decisions would be taken to ensure the optimisation of resources, and steps will be initiated to do away with “infructuous ceremonial activities” that were manpower intensive.

The department of military affairs is an addition to the four existing verticals in the defence ministry — the departments of defence, defence production, defence research and development, and ex-service welfare.

The government cleared the appointment of the CDS on December 24 and appointed Rawat to the top post with effect from December 31, 2019.