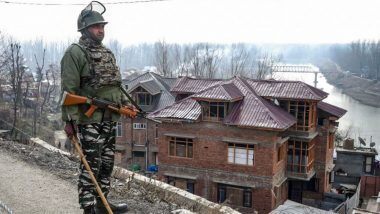 At a time when the world is struggling to deal with the Coronavirus Pandemic, Pakistan is still engaged in efforts to disturb India’s peace. There has been a huge increase in the incidents of ceasefire violations by Pakistan in 2020 as compared to the previous year. Jammu and Kashmir Director General of Police (DGP) Dilbag Singh (DGP Dilbag Singh) said on Friday that there has been a 50-60 percent increase in ceasefire violations by the Pakistani Army this year compared to 2019.

Jammu and Kashmir DGP Dilbag Singh said, this year ceasefire violations have increased by 50-60 percent compared to last year. The aim of Pakistan and its agency is to send more terrorists to this side under the cover of ceasefire violations. The DGP further said, the grid of the border has become stronger than before and infiltration has been much less than before.

Dilbag Singh said that Pakistan constantly tries to send more terrorists to India. He said, “There was a 70 percent increase in incidents of ceasefire violations in 2019 as compared to 2018.

THERE WAS AN INCREASE OF 70% IN INCIDENTS OF CEASEFIRE VIOLATIONS IN 2019 IN COMPARISON TO 2018. IF WE COMPARE WITH THE LAST YR, THERE IS AN INCREASE OF 50-60%. PAKISTAN & ITS AGENCIES AIM TO SEND MORE NUMBER OF TERRORISTS WHILE THEY VIOLATE CEASEFIRE: J&K POLICE DGP DILBAG SINGH PIC.TWITTER.COM/H1KAOJHAPL

On Wednesday night, the Pakistani Army targeted Indian villages along the Line of Control (LoC). A woman from Hajitra village in Tangdhar sector of Kupwara district of Jammu and Kashmir was also injured by firing in this ceasefire violation. His condition is now stated to be stable.