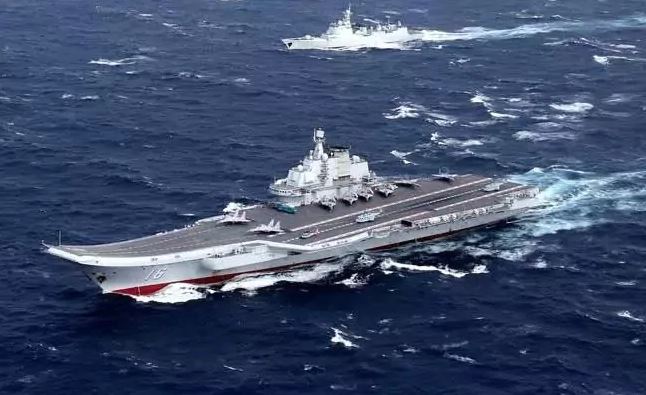 He was giving a talk on ‘China’s maritime strategy’, which was organised by the Indian Maritime Foundation to mark its 26th anniversary.

“The People’s Liberation Army (PLA) Navy has made occasional forays in the IOR from 1985. It had first entered in force in 2008 under the pretext of anti-piracy patrol. Later, it deployed a nuclear submarine for the same purpose. In 2012, it had started deploying its intelligence collection ships to collect signals, electronic intelligence and map the ocean floor. It has been deploying conventional and nuclear submarines in the region from 2013. It had also roped in its surface action group to demonstrate its operational capabilities in the IOR. Considering all these moves, China would deploy its aircraft carrier in the region in the coming years,” Chawla said.

China has been hugely investing in major maritime and non-maritime projects, especially in countries such as Sri Lanka and Pakistan, to build its “strategic bases”, he said.

“This move is a major concern for India as these countries would have to repay the Chinese huge debts and eventually they would hand over their projects to China. Sri Lanka handed over the strategic port of Hambantota to China on a 99-year lease in 2017,” said Chawla, who has commanded the aircraft carrier Virat in the past.

The Southern Naval Commander said “Belt and Road Initiative (BRI)” was a death trap for “small countries” such as Pakistan, Sri Lanka and others where Chinese companies had made significant investments in the past few years. The China Pakistan Economic Corridor (CPEC) would prove to be a death trap for Pakistan in the coming years, he said.

“Chinese companies have constructed many hydro projects under the CPEC. But, these were constructed at a high cost, almost double or triple the cost of the usual price. Pakistan would have to repay huge debts to China because of this. In fact, it would have to pay China at least 7 to 8 billion dollars every year for a few decades. It would be difficult for Pakistan, considering the present status of its economy,” he said.

The officer also emphasised that the ongoing infrastructure at the Gwadar port in Pakistan’s Baluchistan province would give the Chinese Navy access to the Arabian Sea and it could also use Pakistan as a “cat’s paw” against India.

“But, it would be difficult for the PLA Navy to carry out active operation with full force in the IOR, considering its geographical location and foreign bases at present,” Chawla said.

The officer also reiterated that the PLA Navy had made an ‘unprecedented’ expansion in naval capabilities in the last few decades. “But, it would soon reach a moderate state as it would be difficult for China to incur huge investment on maintenance of its naval fleets and keep building new ships with the current speed,” he said.