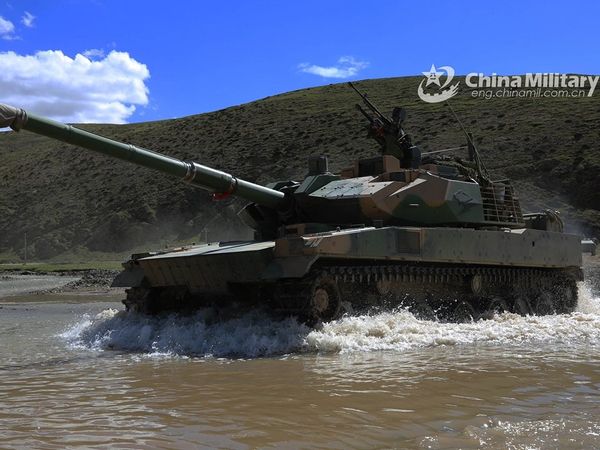 Disengagement was discussed in detail at the eighth commander-level talks between Lieutenant General PGK Menon and Major General Lin Liu and both sides, sources said, were satisfied with the results. The first part of the disengagement process in Ladakh, according to the proposal still awaiting a formal agreement, is the withdrawal of tanks and infantry combat vehicles. This would be a major step as the Chinese have about 350-400 tanks in different parts of east Ladakh.

They include the modern ZTZ-99 and the ZTZ-88 tanks. There is no shortage of Chinese infantry combat vehicles either. The one being seen in Ladakh is the ZTZ-04A.

Depsang
The Chinese People’s Liberation Army has packed the Depsang area, a barren plateau, with tanks. It is an area where armoured vehicles can manoeuvre. The PLA has an armoured battalion (the equivalent of an Indian regiment) in the area and two additional companies, adding up to about 70-75 tanks.

In addition, there are, at least, an equal number of ICVs in the area.

Galwan
There are a few infantry combat vehicles opposite Galwan and more opposite PP-15.

Hotsprings
The PLA has built up strongly in the Hotsprings area. There, as in Depsang, there is an armoured battalion— about 40-45 tanks and two additional armoured companies, adding upto 75 tanks.

There are a considerable number of infantry combat vehicles as well.

Rudok
The PLA has an armoured battalion in Rudok, amounting to another 40-45 tanks.

Spanggur Tso
The biggest buildup is in the Spanggur Tso area, which is south of the Pangong Lake. This is in the two valleys just south of Spanggur Tso, right down to Rechin La. There are over 100 tanks in the area. Most of them are the newer ZTZ-99 tank, supported by the ZTZ-88 tanks.There are perhaps over 50 infantry combat vehicles in the area. The Indian army too has an appropriate number of tanks in East Ladakh.

The drawdown, or the withdrawal of the tanks and infantry combat vehicles, will be a major step. Tanks have offensive capabilities and their removal from the battle space, if that happens, will be a major relief. Negotiations about moving back tanks have been going on for weeks. Also, at this time, because of the intense cold, it is more difficult to keep them operational.