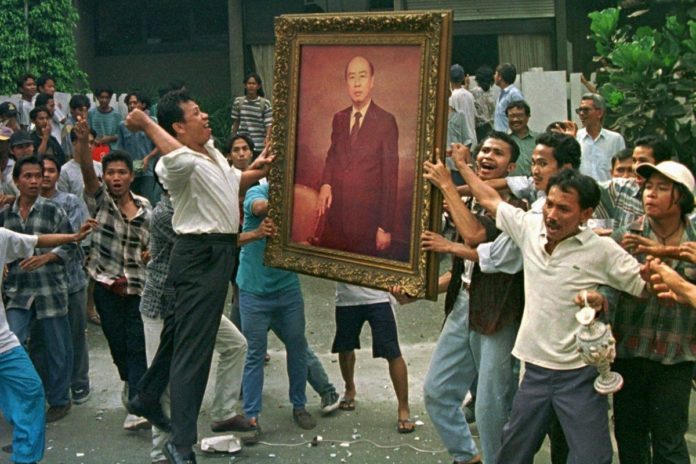 The coronavirus pandemic has triggered a wave of anti-Chinese sentiment throughout Southeast Asia, with some businesses refusing to accept Chinese customers and authorities conducting surprise health checks on foreign workers. Islamic State affiliates in Indonesia are using the coronavirus to stoke resentment towards Chinese Indonesians, while in Bukittinggi, on the island of Sumatra, several hundred people marched to a Novotel hotel to demand that Chinese tourists return home.

In the Philippines, Adamson University in Manila openly called for its “Chinese” students to stop attending classes. Such incidents are worrying enough, but there is always the risk of far uglier manifestations of prejudice, given the region’s long history of Sinophobia, expressed in discriminatory economic policies and, on occasion, violent pogroms.

At the beginning of the colonial era, small communities of ethnic Chinese, often concentrated in mercantile and retail professions, could be found across Southeast Asia. European colonialists either suppressed or facilitated Chinese economic activities, but from the outset, they imported the tropes of European anti-Semitism by referring to Chinese as the “Jews of Southeast Asia”.

Ethnic Chinese were cast in the familiar anti-Semitic mould as greedy, clannish outsiders, who secretly conspired to maintain their stranglehold on the economy.

The pejorative Jewish-Chinese comparison is found in the official report of the first Dutch fleet to reach the Indonesian archipelago in 1596. Of the several thousand ethnic Chinese living in Banten, near present-day Jakarta, the author wrote: “They [Chinese] are very much like Jews in our country: for wherever they go out they have a balance with them … and pay great attention to any profit.”

An English merchant who travelled to Java in 1602 wrote that the Chinese there “… like Jews live crouching under … [the Javanese], but rob them of their wealth and send it to China … [they] are very crafty people in trading, using all kinds of cunning and deceit …”

A French colonial official in 1723 wrote: “The Chinese in Asia, like the Jews in Europe, are spread out wherever there is something to be gained; tricksters, usurers, saying little but very subtle and adaptable at exploiting a good opportunity.”

In the late 19th century, a British official in Siam, now Thailand, declared that “the Chinese are the Jews of Siam … by judicious use of their business faculties and their powers of combination, they hold the Siamese in the palm of their hand”.

Until the 20th century, such analogies were largely the province of European colonists. However, in 1914 and using a pseudonym, the Thai King Vajiravudh published an influential pamphlet titled “The Jews of the East”, which described the Chinese as avaricious barbarians who were “entirely devoid of morals and mercy”.

After the Second World War, many new Southeast Asian nations implemented racially discriminatory policies, leading a minister in the People’s Republic of China to lament: “We Chinese are being looked on as the Jews of Asia.”

The kernel of truth in these stereotypes is that both European Jews and ethnic Chinese in Southeast Asia have often been concentrated in mercantile and financial professions, and have played a disproportionate role in the economic life of their home countries. There are numerous theories that seek to explain why this was so.

American-Chinese writer Amy Chua wrote that in societies with “market-dominant minorities … class conflict and ethnic conflict overlap in a particularly explosive way. The rich are not just rich, but members of a hated, outsider ethnic group”.

In these societies, economic resentment is often crudely racialised despite the lack of uniformity in wealth level or occupation within either group.

People of Chinese heritage in Southeast Asia range from transnational conglomerate owners to poor farmers and fishermen in West Borneo, some of whom are the descendants of the Chinese contract coolies who worked tin mines and rubber plantations throughout the Malacca Strait region in the 19th century. In fact, recent Sinophobia in Asia is often built upon working-class resentment towards Chinese migrant labourers, not resentment towards those higher up the economic ladder.

Regardless of this, Jews and ethnic Chinese are routinely typecast as economic puppet masters and have often been targeted violently in times of economic upheaval.

The Asian financial crisis of 1997 led to rising prices for basic goods in Indonesia, which were blamed on the country’s ethnic-Chinese minority because of their significant involvement in the retail economy. Although high prices were not the fault of individual retailers, government and military officials stoked these prejudices through veiled references to “rats” and “traitors”.

In 1998, the crisis exploded into mass violence in Indonesia in which Chinese-owned stores were looted, and hundreds killed and raped. Given the economic chaos wrought by the Covid-19 pandemic now, and worsening wealth inequality in the region, a repeat of such outbreaks remains a risk.

Physical violence aside, economic hardship and rising racial tensions could see an expansion in the kind of nativist affirmative-action policies that some nations have implemented in the past 50 years.

In the Suharto era in Indonesia, ethnic Chinese were restricted from entering state universities and the civil service. Even today, Chinese Indonesians are barred from owning land in some parts of Indonesia. Under Malaysia’s 1970 New Economic Policy, large firms were required to divest at least 30 per cent of their equity to bumiputra (“native”) investors and implement a 50 per cent bumiputra employee quota.

However, Southeast Asia’s increasing economic reliance on China could make leaders reluctant to implement or tolerate policies that might trigger diplomatic resistance from Beijing.

The recent uptick in racist vitriol about Chinese people being unhygienic and spreaders of contagion is also nothing new. As mass immigration took off in the 19th century, tuberculosis became known as the “Jewish disease”, as Jewish emigrants from Europe were believed to be responsible for its spread.

Around the same time in Singapore, tuberculosis was nicknamed the “Chinese disease” – an epithet bolstered by the opinions of figures such as the Straits Medical Association founder Sir David J. Galloway, who once declared that “the Chinaman is the most unsanitary of mortals”.

The pseudoscientific medical discourse was not only racially weaponised in a literal sense, but it also gave ethno-nationalism its most potent metaphor. Economically successful minorities were typecast as parasites who survive by feeding off their host countries.

Given the suffering of European Jewry in the 20th century, could a similar fate await Chinese in Southeast Asia? There are many indicators that the latter have reached a significantly higher level of social acceptance than Jews in the 20th century achieved.

There have been numerous democratically elected national leaders in the region who are ethnically Chinese, such as former prime minister Chuan Leekpai of Thailand and presidents Corazon and Benigno Aquino of the Philippines, both of whom made much publicised visits to their family’s ancestral village in China during their presidential terms of office.

Although conservatism is on the rise in Indonesia, most voters there still reject ethnic or religious allegiance. In a 2016 primary for the election of a Jakarta governor, the ethnic Chinese incumbent, Basuki Tjahaja Purnama, won a larger share of the vote than two pribumi (“native”) candidates, despite having been indicted for blasphemy against Islam, a charge widely seen as having been cooked up but one of which he was later convicted and given a jail term.

And finally, Lunar New Year is celebrated as a public holiday in many Southeast Asian countries, whereas it would be unimaginable for European countries to celebrate Jewish high holidays.

As Chinese-Filipino community leader Teresita Ang See put it recently: “The ‘you vs. us’ attitude, finger-pointing, and racism are deadlier and cause more permanent damage than the virus we are now fighting collectively as one humanity.” A rejection of pseudoscience and ethno-nationalism would create a bulwark against the rising tide of Sinophobia. However, to resolve racial tensions in the long term, inequality and poverty need tackling, albeit without pushing minorities further to the margins.

One terrorist killed in encounter in Rajouri – Defence News of India

Locusts pose hurdles at IAF base – Defence News of India

One terrorist killed in encounter in Rajouri – Defence News of India

One terrorist killed in encounter in Rajouri – Defence News of...