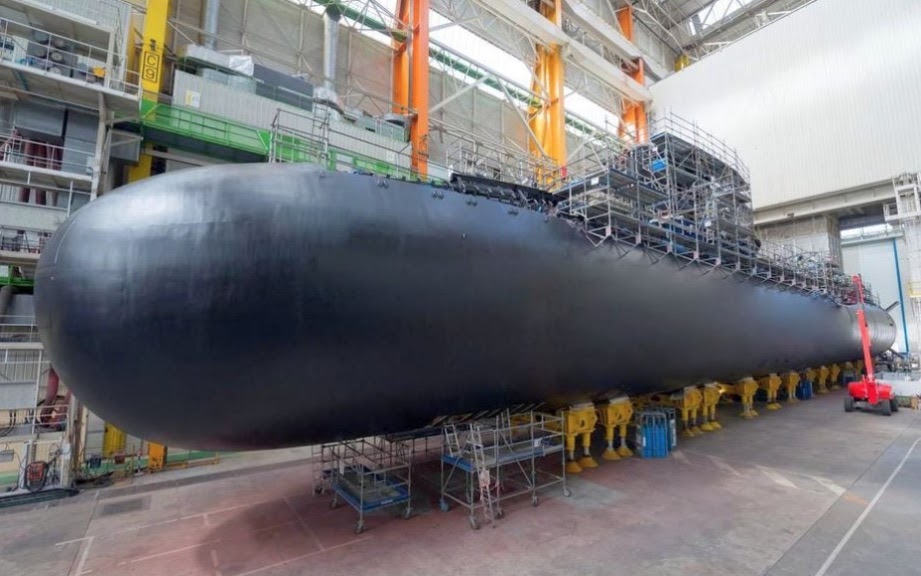 During Sea Tech Week 2022, the two entities signed a collaboration agreement to improve the analysis of data collected by underwater sensors, using neural systems and AI (Above: the Barracuda SSN)

Underlining the growing Indo-French naval cooperation, French shipbuilders Naval Group and the Indian Institute of Technology (IIT) in Goa agreed on Tuesday to expand their already close cooperation in the area of ​​signal resolution enhancement under -sailors.

In Brest, during Sea Tech Week 2022, the two entities signed a collaboration agreement for joint research aimed at improving the analysis of data collected by underwater sensors, using neural systems and Artificial Intelligence. .

Indo-French naval cooperation enters the strategic domain. While only two of the 40 warships being built for the Indian Navy are built in foreign shipyards, several warships that ostensibly bear a “Make in India” imprimatur – such as six Scorpene submarines built by Mazagon Dock Ltd (MDL), Mumbai – bear the fingerprints of French shipbuilders, like Naval Group.

In partnership with Naval Group, French defense electronics giant Thales is also competing to sell India marine and submarine systems such as sonars and the F-21 heavy torpedo, which will form the main armament of the Scorpène class submarines.

Naval Group won the competition for supplying the Indian Navy with 98 heavyweight torpedoes, after offering the lowest price for its F-21 torpedo when opening bids in late 2020. However, the contract has yet to be finalized. been signed.

India was the “featured country” of the Sea Tech Week 2022 show in Brest. This is seen as an opportunity to expand research and development cooperation between Naval Group and IIT Goa.

The two entities have signed an agreement within the framework of the GOAT program (Goa Atlantic cooperation in Marine Science and Engineering), initiated during the Indo-French Knowledge Summit in 2019, for exchanges in teaching, research and innovation in marine science and technology.

Within the framework of this cooperation, a specific study by Indian researchers with French technical experts will be carried out to deepen the understanding of the technologies, in order to improve future industrial applications, including underwater surveillance, underwater imaging and drones.

On a broader level, France sees India as its biggest potential customer for submarines, both conventional and nuclear. In September 2021, Naval Group lost a $90 billion Australian contract, signed in 2016, to build 12 Shortfin Barracuda submarines.

Instead, the US and UK pledged to provide Australia with nuclear propulsion technology as an incentive to join the new AUKUS consortium, comprising the US, UK and Australia. Australia.