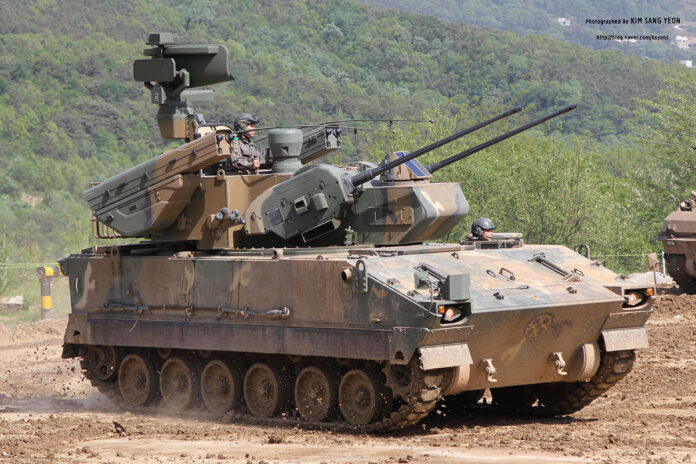 The Defence Ministry is learnt to have decided to scrap two deals that were being pursued under foreign procurement — carbines from UAE and Self-Propelled Air Defence Gun Missile System (SPAD-GMS) from South Korea — and route them through the ‘Make in India’ initiative.

Sources in the defence and security establishment told ThePrint that at a special meeting, attended by top officials, a decision was made to indigenously build the two projects worth nearly USD 4 billion.The deal for the new close quarter battle (CQB) carbines, a long arm firearm, had been in the works since 2017.

A UAE firm, Caracal International, finished as ‘L-1’ or the lowest bidder in September 2018 for a contract that was supposed to be fast-tracked.

However, it ran into rough weather over pricing and representation by the Defence Research and Development Organisation, and domestic small arms industry, who wanted to have a shot at the deal.

The carbines are meant to replace the outdated and ageing 9 mm British Sterling 1A1 sub-machine guns that are currently in service.

The Army had in 2017 decided to opt for Fast Track Procurement (FTP) of 93,895 new carbines against an overall demand of 3.5 lakh such weapons.

Sources now indicated that the FTP numbers could actually be added to the overall demand and a tender could be issued next year.

Efforts to acquire the CQB carbines since 2008 have not materialised as the carbines of state-owned DRDO and Ordnance Factory Board had failed to meet the Army requirements.

The SPAD-GMS project
The SPAD-GMS project is another project that has run into rough weather. This was meant to replace the 1,360 obsolete Bofors L 70 40 mm single barrel and Soviet-era ZU-23-2 towed 23 mm twin-barrel weapon systems.

The tender for this was floated in 2013 and the competition was primarily between Russia and South Korea.

Russia has been complaining to the Ministry of Defence against the South Korean system since 2018.