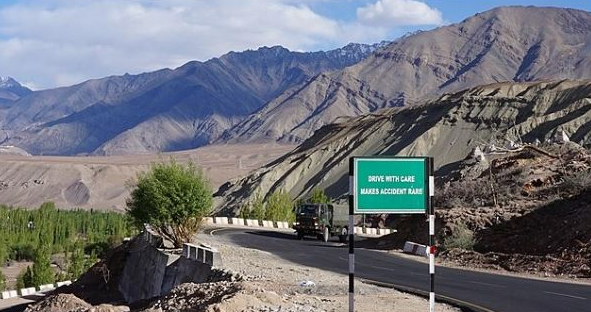 The Border Roads Organization (BRO) has developed a network of roads on India’s borders this year. The organization has constructed and developed about 60,000 kms of roads in 2019.

These include a 19.72 km long important road near Doklam, where in 2017, there was a conflict between the Indian Army and Chinese Army for more than two months.

The BRO, who works for the maintenance and development of the road network on India’s borders, has also developed road infrastructure in some friendly neighboring countries.

In 2019, apart from roads, the BRO has also developed major bridges, 19 airfields and two tunnels in difficult and remote areas near the border areas.

The achievements of BRO this year included the construction of the 19.72 km Bhim Base-Doklam Road, which would help the Indian Army reach the strategically important Doklam base. It is on the edge of the disputed Doklam plateau in Sikkim, where it will now take only 40 minutes to reach, whereas earlier it used to take 7 hours. It will be an all weather black tarred road, with no restrictions on load carrying capacity.

When the Indian Army was in a tense situation with the Chinese People’s Liberation Army in Doklam in 2017, it was not possible for Indian security forces to reach here in a short time. In this context, the importance of this road increases significantly.

The BRO is also developing an underwater tunnel in the Brahmaputra River. The BRO was given task to develop 61 Indo-China border roads, the length of these projects are 3,346 km.