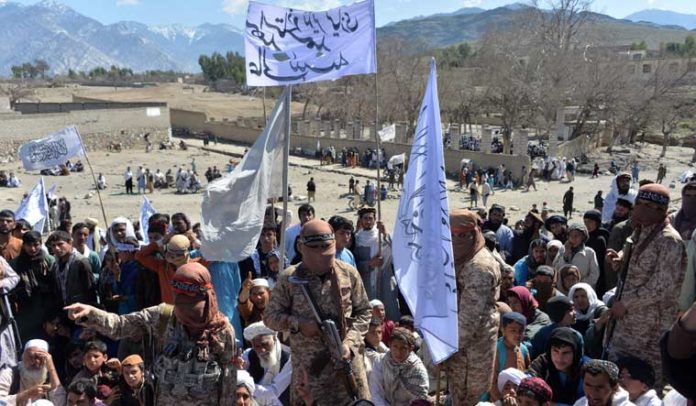 The destruction and defeat of the Taliban, often described mistakenly as a motley bunch of zealots in the badlands of Afghanistan, has been a key policy goal for the United States, the world’s preeminent power. But despite spending 18 years and $2.5 trillion and notwithstanding the sustained efforts of 1,50,000 coalition troops and hundreds of thousands of Afghan security personnel, the US failed spectacularly. Now President Donald Trump is struggling with the latest American mission in Afghanistan—to get out with as much dignity as possible and end America’s longest running war by the time Americans indulge in their quadrennial exercise of voting for a president.

After having fought unsuccessfully to pummel the Taliban into submission, the US has decided to talk it out, culminating in the unique deal it signed with the Taliban in Doha on February 29. Although it was reiterated in the agreement that the US did not recognise the Taliban as a state, the fact that it chose to do business directly with the Taliban clearly showed that the US knows where real power lies. As part of the deal, the US has agreed to withdraw its troops in the next 14 months and that peace talks will continue between the US, the Taliban and the government of Afghanistan.

More than two months after the agreement, however, the security situation in Afghanistan seems to be turning from bad to worse. On May 12, gunmen killed 24 people, including two newborns, in a Kabul hospital. The same day, 12 people who were attending the funeral of a police officer in the Nangarhar province were killed in a suicide attack. In response, President Ashraf Ghani has ordered the army to step up its campaign against the Taliban, which said it had nothing to do with the attack. The peace deal has already been under stress after the collapse of a prisoner swap deal between the Taliban and the Ghani government. The March 10 deadline to start intra-Afghan negotiations passed without any perceivable forward movement. According to a report by the US Special Inspector General for the Reconstruction of Afghanistan, there has been a surge in violence in Afghanistan after the Doha deal was signed.

The US has renewed its efforts to revive the peace process. It perhaps explains US Special Representative for Afghanistan Zalmay Khalilzad’s two-hour stopover in Delhi on May 7, while he was travelling from Doha to Islamabad. Khalilzad, who was accompanied by deputy assistant to the president and senior director for south and central Asia at the National Security Council Lisa Curtis and the US Ambassador to India Kenneth Juster, met External Affairs Minister S. Jaishankar and National Security Advisor Ajit Doval. He called for an increased role for India in the Afghan peace process and asked India to engage directly with the Taliban.

This has turned out into an interesting gambit by the Americans who have been reluctant to treat India as a key stakeholder in the Afghan peace process despite the fact that India is Afghanistan’s fifth largest donor spending $3 billion and has been playing a constructive role in the country’s reconstruction process. Even in Doha, India was just an observer, which was clearly a snub. India has been pushing for an “Afghan-owned, Afghan-led and Afghan-controlled” peace process, which would preserve the country’s constitutionally guaranteed rights and universally accepted human rights. India is not part of the UN’s “6+2+1” group on Afghanistan, which includes China, Iran, Pakistan, Tajikistan, Turkmenistan, Uzbekistan, the US, Russia and Afghanistan. India was left out reportedly on the technical ground of having no ‘border’ with Afghanistan.

The sudden American interest in getting India involved seems to have stemmed from the realisation that one big reason for the Ghani regime’s refusal to toe the American line has been the support it continues to receive from India. Trump possibly wants India to nudge Ghani to compromise and ensure that the peace process does not collapse, at least till the November elections.

India has so far treated the Taliban as a mortal enemy of its national interests, especially because of the dreaded organisation’s origins—created by Pakistan in the early 1990s with support from the United States and Saudi Arabia. The role the Taliban played in the hijacking of the IC-814 flight still rankles India. Equally worrying for India is the possibility of a resurgent Taliban promoting insurgency in Kashmir and providing much-needed strategic depth for Pakistan. Despite the apprehensions, however, time may have come for India to engage directly with the Taliban, but on its own terms.

India needs to understand that the Taliban has changed. In the past, it was shunned by most countries. But it is no longer an international pariah. For instance, two countries which led the anti-Taliban regional alliance along with India in the past—Russia and Iran—are now actively engaging with the Taliban. Even within Afghanistan, the Taliban has expanded its influence. From being a Pashtun group motivated by militant Wahhabism and concentrated in the south, it is now working with other ethnic groups like the Hazaras, the Tajiks and the Uzbeks. And, it has become more pragmatic and less puritannical, evident from the way it has been responding to Covid-19.

The Taliban has been saying repeatedly that it wants to engage with India. It has spoken up against Pakistan’s attempts to link the Kashmir issue with the crisis in Afghanistan and has even indicated that it would enact a law against foreign terrorist groups.

India should also keep in mind the legitimacy crisis faced by the Ghani government. Abdullah Abdullah, the former chief executive of the country, too, has claimed victory in last year’s presidential elections in which only one million of the 35 million eligible voters participated. Abdullah now runs a parallel government, severely undercutting the legitimacy of democratic institutions in Afghanistan.

Therefore, it makes perfect sense for India to talk to the Taliban, especially as it represents a significant majority of Afghanistan’s population, controls a major chunk of the country’s territory and is recognised globally as a key stakeholder in determining Afghanistan’s future. India should, however, reach out to the Taliban on its own terms and should begin by making it clear to the United States and other key players that it will consider playing ball only if it is accorded a formal role in the official peace mechanism, a seat at the high table.

It should elicit from the Taliban a guarantee that Afghan territory will not be used for anti-India activities. India will also require permission for unfettered diplomatic and development initiatives across Afghanistan and protect the $3 billion it has spent so far. It needs to nudge the Taliban to be a part of the democratic process, which should go side by side with the peace process. Finally, India needs to recalibrate its policy by making it clear that while it is keen on pushing an agenda of development, it also has genuine political and strategic interests in Afghanistan and it is prepared to pursue those interests in the right earnest.