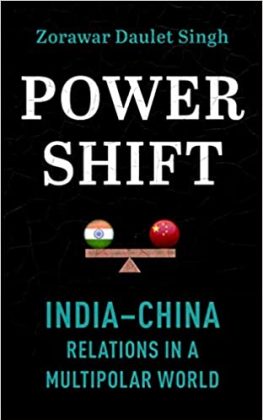 For the past decade, Western security commentaries have portrayed India as a natural member of East Asia’s political life. The impetus for this narrative began in November 2010 when President Barack Obama, in his address to a joint session of Parliament, urged India’s lawmakers to ‘not only “look East” but “engage East”’. In the ensuing years, American diplomats have prodded India towards a ‘Be East’ policy, perhaps reflecting impatience with the pace of India’s Pacific rendezvous.

India, in fact, elected to look East back in the early 1990s, long before Washington’s courting began. And simply because the West has been encouraging this, does not mean that India should do the opposite. However, what India’s political and strategic community should debate is a geostrategy that is consistent with the geopolitical context of South Asia.

It can be argued that by diverting India’s geostrategic attention eastwards, Washington has been attempting to re-orient Indian threat perceptions away from Pakistan. And it is not difficult to discern why. Drawing India’s strategic focus away from the subcontinent would enable Washington to maintain its South Asia policy of increasing investments in both India and Pakistan without their bilateral contradictions undermining its regional strategy. This pattern recurred throughout the Cold War, and continues to be a potential nuisance to US foreign policy.

Now, China is undoubtedly both a regional and a geostrategic challenge to Indian security and most analysts have viewed the US promoting India’s ‘East Asia’ credentials as an opportunity that should be leveraged both to enhance Indian influence and perhaps even increase its bargaining leverage in relation to China.

But it is arguably not an overriding factor that should compel India to abandon its multi-vector worldview, which seeks to expand Indian influence in West Asia, Southeast Asia and the Indian Ocean littoral. Plainly put, by looking eastwards neither will the reality of Pakistan disappear, and thus, nor would the opportunity of a pressure point on India that a Pakistani proxy offer to its benefactors gets removed.

By exclusively and openly focusing on a future Chinese threat, India would merely invite a larger deployment of Chinese offensive forces in Tibet requiring an Indian counter-response, thus producing an action-reaction dynamic that can hardly enhance Indian security. It would presumably also give the Pakistani military a window of opportunity to rehabilitate itself and maintain its position as a regional balancer, ironically a situation that would favour China.

In fact, a threat-based assessment goes against the very grain of contemporary strategic discourse in security establishments today. The mantra of capability-based military modernization is now preferred by most aspiring powers, including India in a post-Cold War era where the dissolution of entrenched ideological and material conflicts is reducing the salience of the notion of permanent threats.

What does this essentially mean? A focus on capabilities rather than threats is advantageous because threats may be transient and continue to assume different avatars, and, a grand strategy or military modernization programme that tailors itself exclusively to preconceived threats will usually find itself behind the curve. In contrast, focusing on capabilities will offer more flexibility to re-divert or re-deploy national instruments toward dynamic threat contingencies. This has become particularly pertinent at a time when India’s adversaries are employing unconventional means to destabilize or coerce India. Pakistan’s proxy war and its well-documented mission of instigating turmoil and insurrection in the Kashmir valley is a case in point. Similarly, China despite the rhetoric of stability continues to question India’s territorial integrity and challenge Indian influence across the subcontinent.

To be sure, capabilities are not acquired in a vacuum. Capabilities require a context and a reference point if they are to be acquired and honed efficiently. This context is derived from a country’s self-image of its place in international life, the geopolitical location of the state, the material and military attributes of its peers, and the desired zone of influence.

Returning to the contemporary flux in India’s political and security posture, what geostrategic orientation should India assume to channel its grand strategic agenda? India’s potential and aspiration to be a pole in the international system coupled with the complex geopolitical reality that includes at least two uncooperative states on its periphery implies that it would be imprudent to focus on Pacific China as an exclusive symbol of India’s rise. From India’s perspective, its core interests are in South Asia and it is continental China rather than naval China that remains a priority, and it is the balance of power on the Himalayan frontiers that India must seek foremost to improve.

Thus, deconstructing the ‘China threat’ from an Indian perspective requires greater nuance. China is both a battlefield threat with regard to the defence of India’s northern frontiers and a regional challenge as an unchecked Chinese power in South Asia will inevitably reduce Indian influence in the subcontinent and reshape the politics and foreign policies of India’s neighbours.

The former does not require India to deploy its entire military and diplomatic apparatus as a counter-response. A focused strategy of conventional and strategic deterrence will deny China the opportunity to implement a policy of coercion against India on the border, thus creating a theatre of balance of power on the Himalayan front. Responding to China’s potential for coercion on the Himalayan front would require the Indian armed forces to transform their mission and doctrines from an attritional orientation that is predicated on waging an extended campaign with the PLA on Indian territory to a more flexible orientation in force structures and war-fighting doctrines.

This implies that India requires stand-off deterrent systems – such as longer-range missiles, greater reach in air power and better intelligence, surveillance and reconnaissance capabilities (ISR) – to improve its situational awareness of the entire Himalayan theatre. In other words, deterrence would be achieved not by luring the enemy deep into Indian territory and waging a high casualty war but by demonstrating the capability to degrade China’s offensive forces at the earliest sign of a forward mobilization.

Simultaneously, the overall conventional asymmetry in respect to China – both in terms of comprehensive national power and combat war-fighting capabilities – must also be counteracted with an equal priority accorded to operationalizing a credible second-strike nuclear capability implying the deployment of long-range ballistic missiles that cover China’s eastern seaboard. Without this attendant development, India would have fewer options in deterring a Chinese conventional escalation should India’s conventional strategy fail in its deterrence mission. Bluntly put, India must have the capability to raise the levels of violence should the ‘vertical escalation’ game ever arise.

Insofar as balancing Chinese influence in the sub-Himalayan space is concerned, that can only be effectively dealt with by a policy of internal balancing or building India’s domestic capabilities – improving governance, economic and social connectivity across the subcontinent, adopting an economic model that produces true pan-Indian development – and a more astute and nimble regional policy.

In the broader Asian arena, India recognizes the challenge that surrounds China’s rise and is keen to participate in diverse bilateral and multilateral initiatives that can both serve as a hedge against a more assertive China, and, advance the search for a stable equilibrium and a plural multi-polar status quo. India’s abiding belief that a bloc-based system usually produces lesser security for all implies that India’s vision for Asian security is broader than that of the status quo actors in East Asia and the Western Pacific. As India’s former NSA Shivshankar Menon had once remarked an Asian security system ‘should be plural. No one-size solution or simplistic prescription will work. We should learn from the failure of Cold War alliance systems in the area, and of earlier Asian Collective Security proposals’. The NSA had further argued that a new Asian order must include ‘the entire Eurasian landmass’ from the ‘Suez to the Pacific’.

The underlying logic for such an open security system is underscored by the global political economy. The economic interdependence within Asia, especially in East Asia, and the complex web of extra-regional trade and investment linkages that connect Asia to Western economies only emphasizes the need for an open economic and security system. Despite the US-China trade and economic competition, geoeconomic linkages between the West and China continue to be deep and complex and include the participation of a multitude of state and corporate actors from across East Asia. India’s perfunctory contribution to this division of labour is the true failure of its ‘look east policy’.