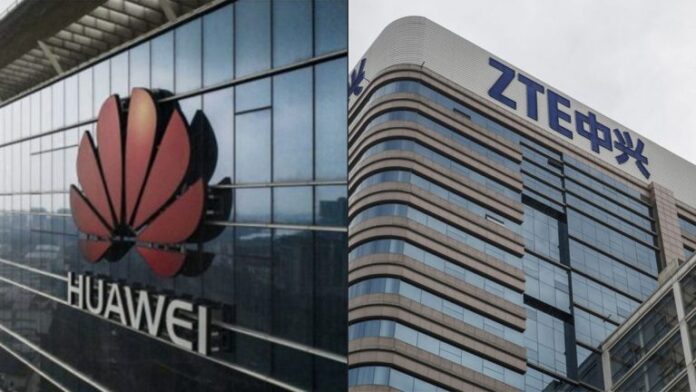 A official in the Donald Trump administration has sought to push India to remove Chinese firms Huawei and ZTE from India’s upcoming 5G trials and other Information and Communication Technology (ICT) networks as the US and India explore ways to improve commercial ties in the sector.

“I would encourage the Government of India to review the risk to India’s communications networks to undertake appropriate measures to remove and exclude equipment from Huawei, ZTE, and other untrusted vendors from India’s 5G networks and broader ICT infrastructure,” said Greg Kalbaugh. He is the deputy under secretary for policy at the International Trade Administration, an agency functioning under the US Department of Commerce.

Amid border tensions with Beijing, India is reportedly planning to shut out both Huawei and ZTE from the 5G trials.

Speaking at an online event organised by the US India Business Council (USIBC), an advocacy group, Thursday, Kalbaugh said vendors from China cannot be trusted since they must comply with their government.

“As India, the United States and many other countries have already experienced, utilising technologies from untrusted vendors that are subject to the control of the government of China is an unacceptable risk,” he said.

“China has used global communications networks to undertake aggressive economic espionage, to stifle free speech, to violate the privacy and personal data of our citizens, and disrupt the operations of other countries’ networks,” added the US official.

The USIBC event, titled Bridging the US-India 5G Gap, was focused on opportunities in the area where the two countries can form technology partnerships.

Why network security is important
According to Kalbaugh, securing telecom networks from untrusted vendors is even more crucial in 5G networks as more and more data processing will happen on technology-driven networks, not just at the centralised level but also at the user device level.

In a 5G network, it becomes more challenging to identify a critical part of a network that needs to be more secured from cyberattacks as against non-critical parts that are less vulnerable.

“That’s why we see the need to ensure that the entire network is only touched by technology and services from trusted vendors. Maintaining the sovereignty of the country’s communications infrastructure and digital economy should be a paramount priority,” he said.

“Continuing to use equipment and devices from untrusted vendors such as Huawei and ZTE puts the network at extreme risk of being compromised by the Chinese government and associated threats,” Kalbaugh added.

He also outlined how American and Indian firms are working on telecom solutions that can become the “trusted vendors” for 5G compared to the “untrusted vendors”.

“Increased partnerships between the two countries can accelerate the development and commercialisation of technology solutions from trusted vendors for 5G networks, and the entire technology ecosystems. They can promote increased trade and commerce in ICT and digital services…” he said.

How to improve India-US ties
Kalbaugh said the strengthening of the US-India economic ties is “especially important as the world confronts the predatory trade and business practices by the government of China”.

But to grow commercial ties in this sector, the US official said a few policy issues need to be ironed out.

“As the US and India explore ways to grow our commercial relationship and expand collaboration in the 5G ecosystem, I hope we can quickly resolve any policy and regulatory concerns that will constrain potential opportunities,” he said.

As signatories of the World Trade Organization’s IT agreement, “we must ensure that ICT goods receive duty free treatment as specified by our binding commitments under the agreement”, Kalbaugh said.

“Data is the life blood for the global digital economy. As new commercial opportunities and business cases emerge thanks to the capabilities of 5G systems, it is critical that we avoid regulations restricting the flow of data or mandating data localisation. Such policies stifle innovation…” he said.

The US official said policies and requirements mandating localised production can become barriers to increased cooperation at a time when India is pushing for local manufacturing in electronics under campaigns like Make in India.

According to Kalbaugh, US-India trade of ICT goods and services amounted to over $20 billion in 2019 “so there’s significant opportunity to generate even more growth”.