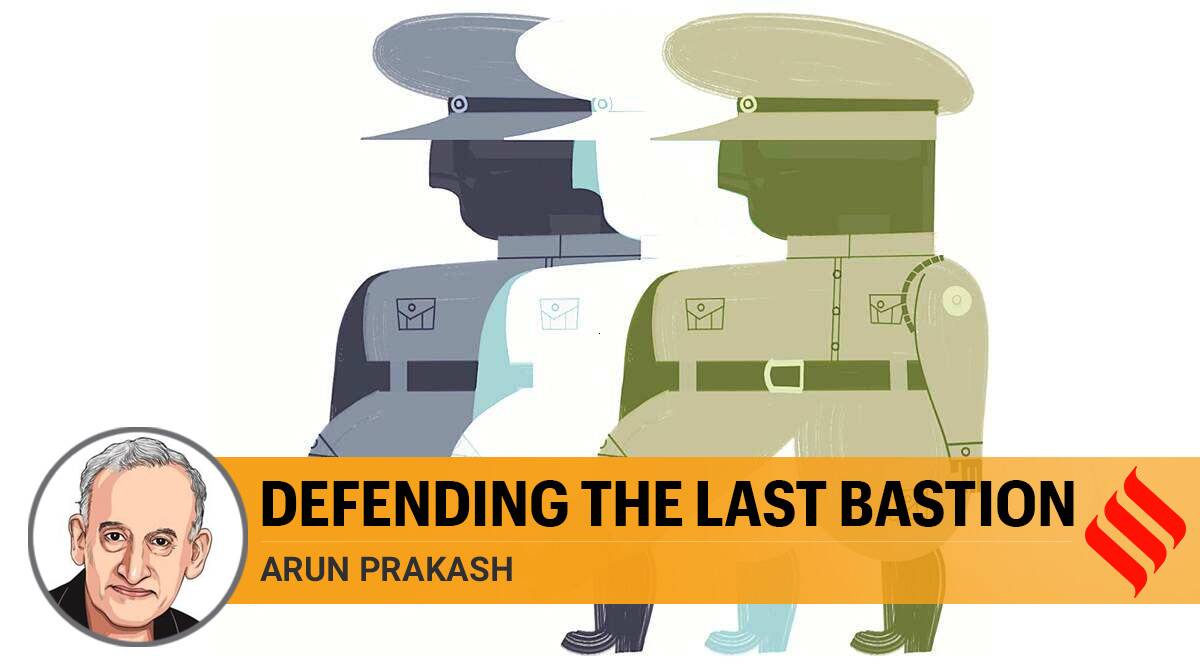 The year 2020 will, no doubt, earn the title of annus horribilis on account of the Chinese-origin COVID-19. But for India, it brought a “triple whammy” in the form of the near-simultaneous onset of an economic crisis, a health pandemic and a military confrontation. As the three crises unfold, their management by India’s decision-makers is being closely watched by a concerned populace. Overlaid on this anxiety is a nagging worry that activities like law enforcement, the dispensation of justice and unbiased media-coverage — whose proper discharge undergirds a healthy democracy — are faltering on account of political pressures.

In this bleak scenario, the one institution that has justified public faith as an apolitical, incorruptible and steadfast upholder of the Constitution is the Indian military. Therefore, when a recent document claiming to provide insights into the “Indian military’s organisational culture, doctrine and strategic world-view” raises some controversial issues, we must pause for reflection.

The Wellington Experience; A Study of Attitudes and Values Within the Indian Army is a monograph compiled by retired US Army Colonel David Smith. Extrapolating the feedback and personal opinions of US military officers who attended India’s Defence Services Staff College (DSSC) course in Wellington, between 1979 and 2017, Smith offers “analytical insights” into a host of issues, including the college curriculum, calibre of faculty and students, Indo-US relations, nuclear deterrence, etc. for the benefit of US policymakers.

While the Indian armed forces are well aware of their strengths and weaknesses, some of the author’s conclusions deserve note by our leadership, civilian as well as military, for two reasons. Given the current and future security challenges that we face, and the prospect of growing interaction with foreign militaries, not only must we take cognisance of their perceptions (even if biased), we must also, without being excessively touchy, initiate corrective actions wherever required. I will focus on just three of Smith’s observations which, if valid, call for introspection at many levels.

US students, while reporting that the DSSC course syllabus was designed to prepare graduates “to fight World War II” with rehashed British-era doctrines, noted a culture that discourages unorthodox thinking and stresses rote-memorisation and regurgitation. An inflexible approach to doctrine demands answers to military problems compliant with the “Wellington solution” even if obtained from attendees of previous courses and unethically replicated. Smith’s caustic comment that “Wellington solutions” will not be available in actual combat situations bears note.

The Indian army’s use of the DSSC course for evaluating a student’s promotion-potential rather than for imparting high-quality professional military education attracts Smith’s criticism. The desperate quest for high grades has, according to him, led to a widespread practice of cheating in examinations and exercises, which US officers inform him “must be considered a part of the DSSC’s institutional culture”. This is a devastating comment for this prestigious establishment as well as for the Indian military, whose ethos considers cheating or plagiarising as “conduct unbecoming an officer” and a punishable offence.

Finally, it is disheartening to note Smith’s comment about the “utter failure of DSSC to impart a true sense of jointness in its graduates”. This is ironic because the very raison d’etre of the DSSC is to inculcate inter-service synergy and to produce “joint staff officers” who can hold appointments in any of the three services. US officers have attributed the pervasive “army-centricity” of the college and “a single-service approach to warfare” to a belief that “the Indian army is not an expeditionary force” and “inter-service liaison at a personal level” is an adequate substitute for jointness.

Its merits apart, The Wellington Experience comes at a time when the Indian armed forces stand poised at a crucial juncture awaiting major restructuring, which would enable them to face 21st-century threats. A government directive of December 2019, which created a Department of Military Affairs (DMA) headed by a newly constituted Chief of Defence Staff (CDS), enjoins him with “facilitation of restructuring of military commands… by bringing about jointness in operations, including through establishment of joint/theatre commands”. Even though the government has not stipulated any deadlines, the CDS and DMA seem to be proceeding post-haste with proposals for the creation of theatre commands.

While the need for due deliberation and in-depth consultation amongst the three services before embarking on such a momentous re-organisation needs no emphasis, there is another critical factor to be borne in mind — the requirement to prepare personnel to shoulder responsibilities at all levels of the new joint/unified commands. This calls for a major overhaul of our system of professional military education as well as doctrines. The first step in this process should have been the transformation of the DSSC into a genuine Joint Staff College so that its graduates would emerge qualified to fill billets in a unified/joint HQ. At the top-end, another vital step should have been to revive the long-dormant proposal for a National Defence University.

Today, India alone, among major powers, suffers from the lack of an institutional process which generates defence reviews, policy white papers and national security strategies. This lacuna has inhibited our capacity to predict threats, evolve appropriate responses and fund vital military capabilities. It is, therefore, unclear whether accurate strategic assessments — both of adversary capabilities/intentions as well as of our own strengths and weaknesses — are available to the civilian leadership for correct decision-making.

It is in this context that a final word needs to be said about the DMA’s attempt to trim the pension budget, via measures which appear self-defeating and are likely to sap morale. The government’s logic that the MoD/DMA must find ways and means to fund military modernisation is seriously flawed on two counts. First, it is universally acknowledged that the “first charge” on a nation’s exchequer is national defence, and if you want security, you must find the money to fund it. Second, pension hikes (including “one rank one pension”) are, typically, devices used by political parties to garner votes and must not become an instrumentality for arm-twisting the military subsequently.