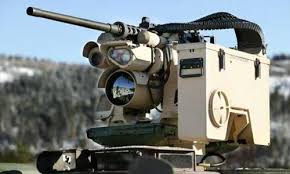 From analysing sentiments in conflict-stricken Kashmir to detecting terror infrastructure across the border to picking up critical pieces of information from speeches of terrorist leaders, the Indian Army plans to use artificial intelligence to take the fight to the next level.

The army also plans to use AI technology that can predict, for instance, when a tank would require its next servicing, its remaining life and potential failures.

Work on developing AI technologies started after the National AI Taskforce recommended that the three defence services work on 10 AI projects. The projects focus on imagery, text, speech and predictive analysis. Officials said these four areas were the “drivers” of AI. An army directorate has already made some proofs of concept on these. The army didn’t respond till press time Monday to a request for comment.

The proof of concept on imagery involves detecting enemy targets on satellite images, officials said. In case of text, it works by the AI engine picking out particular words of a user. This would be used for the sentiment of social media posts, including on Twitter and WhatsApp – to understand public sentiment, for instance, in Jammu and Kashmir and Pakistan. Likewise, the main points in a speech given by a terrorist leader would be analysed to understand the sentiment behind it. Officials explained that these two technologies are likely to amplify the counter-terrorist strategy in J&K through better understanding of tactics adopted by terrorists.

The army is working with industry and academic experts to move forward from the proof-of-concept stage. The next step will be to create AI drivers.