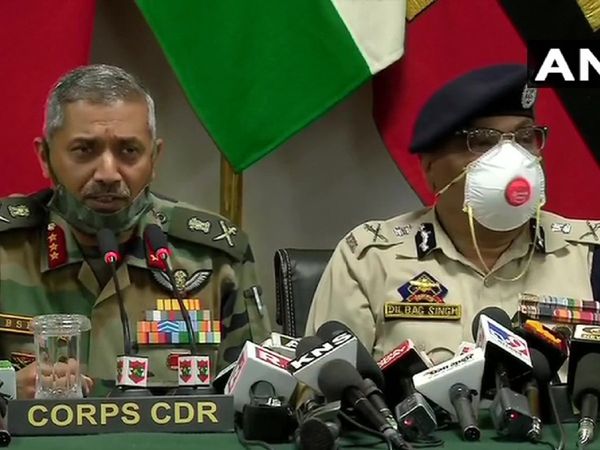 The Indian Army on Friday categorically stated that the incessant ceasefire violations by Pakistan along the Line of Control in Jammu and Kashmir, and the standoff with China along the Line of Actual Control in Ladakh are completely unrelated, but “no misadventure would be allowed in the Union Territories.

“The ceasefire violations by Pakistan along the Line of Control are happening as per the old strategy in which it wants to push in more terrorists into the valley. If there is one entity in the world which is not happy with the peace in the valley, it is Pakistan,” Lt Gen Baggavalli Somashekar Raju, General Officer Commanding (GOC) of the Srinagar-based 15 Chinar Corps, told media persons.

The Army officer made the comments while addressing a joint press conference with top officers from the Jammu and Kashmir Police and the Central Reserve Police Force.

“The moment there is peace in the Valley, it generates violence – both from across as ceasefire violation as well as sending instructions to entities or its proxies within the valley to generate violence,” he added.

Lt Gen Raju claimed that he does not see any major link between the ceasefire violations in Jammu and Kashmir and the situation in Ladakh.

Furthermore, he said that the Indian Army is taking all proper measures to ensure more security and safety to civilians in areas near the LoC.

“Some action on the construction of civilian bunker has started, some places it has been done, but I think there is more required to be done. We are fully prepared at the LoC to ensure that this particular phenomenon of ceasefire violations and infiltration is kept in check,” the Army officer said.

Allaying fears of heightening situation along the LoC, he said, “I would like to assure everybody that the situation on the Line of Control and in the hinterland is stable. We will ensure that there will be no misadventure both from outside of the Line of Control and as well as within the valley. And, we will ensure that the situation is kept normal and the people of the valley will be able to go about their jobs in the most normal manner.”