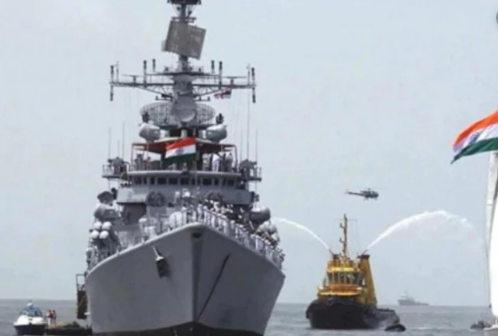 Indian Navy has banned use of Facebook for all its personnel on Friday. This order has been issued by Naval Headquarter with immediate effect. Indian Navy has also banned the use of smart phones at naval bases, dockyards and on-board warships.

Apart from Facebook, Facebook-owned popular apps, WhatsApp, Facebook Messenger and Instagram have been also banned by Indian Nay. These restrictions have been issued to avoid ‘Honey Trap’ cases in Indian navy.

This order has been issued by the Navy with immediate effect soon after seven naval personnel were caught leaking sensitive information to enemy intelligence agencies over social media.

On 20 December, 7 Indian Navy Personnel were arrested in case of Spying for Pakistan. A Pakistani espionage racket has been busted by intelligence department of Andhra Pradesh Police.

This banning order comes on the heels of December 20 arrest of 8 persons, Seven Navy personnel from Vishakhapatnam and a Hawala operator from Mumbai.

The Andhra Pradesh Intelligence Department launched an operation in association with Central Intelligence Agencies and Naval Intelligence and had busted an espionage racket having links with Pakistan.

Apart from banning the use of Facebook, the order bans use of smartphones within the naval areas like all the bases and even onboard ships forthwith. The ban has been extended to the messaging apps and social networking sites as well.

Further, the ban on Facebook is being seen as a ban on all other Facebook-owned sites as well. WhatsApp and Instagram are Facebook-owned. This banning step has been attributed to the recent cases where the enemy had targeted the naval personnel using these sites and social media network and had tried to elicit operational information.

The total number of personnel serving in the Indian Navy is 67252.

The bigger worry faced by the service will be of a large number of civilian staff working in the harbours and naval dockyard as they do not come under the naval rules and act.

Indian Navy is seen as the pioneering service which mastered the art of social media use in disseminating information about its operational achievements and matters like the Human Assistance and Disaster Relief and even the recruitment advertisement through its vastly popular Facebook page and Twitter handle. It was the first service to have started it’s own YouTube channel.

the legacy of a freedom fighter – Defence News of India

Retd BSF DIG Killed in Himachal Pradesh While on Trek to...