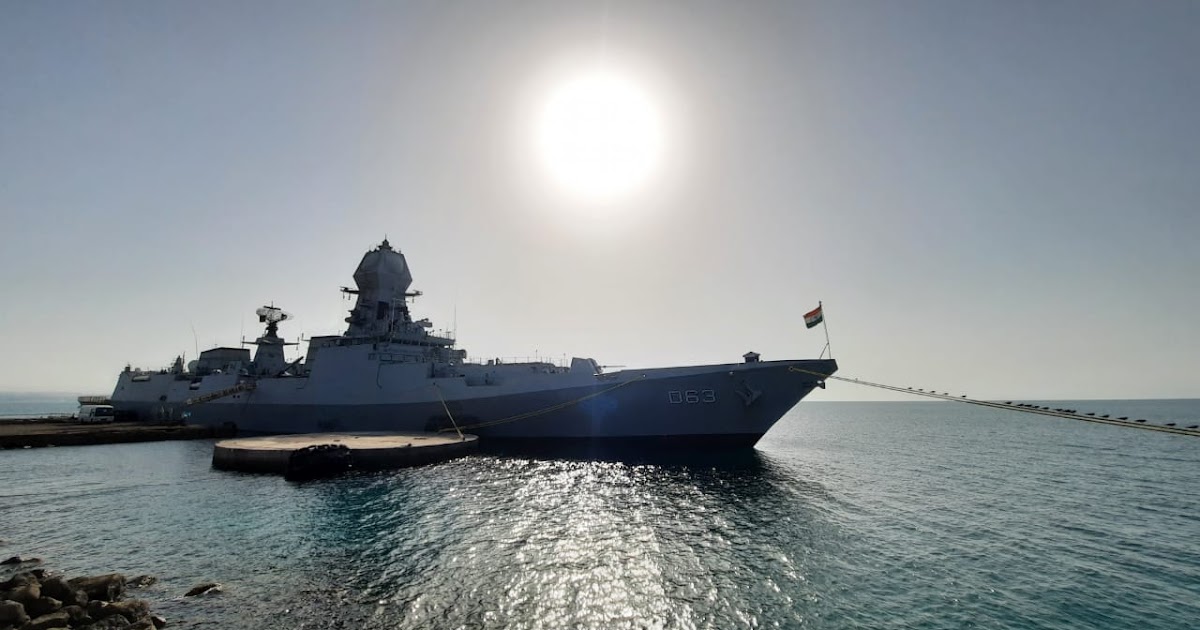 INS Kolkata, the lead ship of Project 15B, powered by Ukrainian gas turbines built by Zorya-Mashproekt

On April 13, Ukrainian ground forces reportedly fired two Neptune anti-ship missiles at the Russian guided-missile cruiser Moskva, sparking a fire that ultimately sank the iconic flagship of the Russian Navy’s Black Sea Fleet. It is claimed that the aging ship’s radar systems were malfunctioning and that US intelligence provided the Ukrainian military with targeting data, allowing it to strike the Moskva with deadly accuracy. The humiliation was compounded when three days ago a second Russian warship was reportedly hit and sunk at Snake Island near Odessa. As the Russian-Ukrainian war enters its third month, kyiv claims that 25,000 Russian soldiers have lost their lives fighting the stubborn Ukrainian military resistance. Moscow, however, puts its military casualties at 1,300 and its civilian casualties at around 3,000.

Shocking losses were also inflicted on the Russian armored columns, whose modern T-90 tanks were to overthrow the less capable Ukrainian T-80UD tanks. Ukraine’s Foreign Ministry says Russia lost 176 planes, 153 helicopters, 838 tanks, 2,162 armored personnel carriers and 1,523 other vehicles. According to reports, 12 Russian generals have been killed on the front lines since the invasion began in late February. Western military analysts say this indicates low Russian morale, with the presence of Russian generals essential on the front lines to ensure their troops carry out the battle plan as ordered.

All of this is bad news for the Indian military, given its heavy reliance on Russian combat and transport aircraft, warships and submarines, air defense missiles, tanks and armored personnel carriers. India’s frontline tank is the Russian T-90, which performed miserably, suffering heavy casualties from Ukrainian missiles launched from unmanned aerial vehicles. New Delhi also reportedly noted that the Pakistani military operates 320 Ukrainian T-80UD tanks, which performed better than the T-90s. Several large Indian warships continue to be protected against enemy aircraft and missiles by Russian air defense systems, with the Indo-Israeli medium-range surface-to-air missile (MR-SAM) fielding much more slowly than necessary . Another pending issue between kyiv and Delhi is Ukraine’s supply of Zorya gas turbines for four Indian warships of Russian origin. After Russia annexed Crimea in 2014, Kiyev refused to supply gas turbines for the four Krivak-III class frigates until New Delhi worked out a complex arrangement in which the turbines would be supplied to India. , handed over to Russia, then installed in the -in-Russia warships.

However, the Indian Navy is far from happy with this convoluted arrangement and is looking for an assured and steady supply of turbines. Meanwhile, the Indian Air Force (IAF) is grappling with the problem of overhauling and modernizing its AN-32 transport fleet, as the Antonov factory that designed and manufactured the plane is in Ukraine, while dozens of small manufacturers that produce the components and subsystems are scattered across the former Soviet Union in a defense industry that Russia wants to deny access to. ‘Ukraine. In the end, the problem is centered on India’s heavy dependence on Russian defense equipment and the flow of spare parts essential to its proper functioning. Despite Indian Ministry of Defense rhetoric about “Atmanirbhar Bharat” (Self-Governing India), we remain dependent not only on major defense platforms, but also on the huge ecosystem of components and subsystems required to run the platforms.