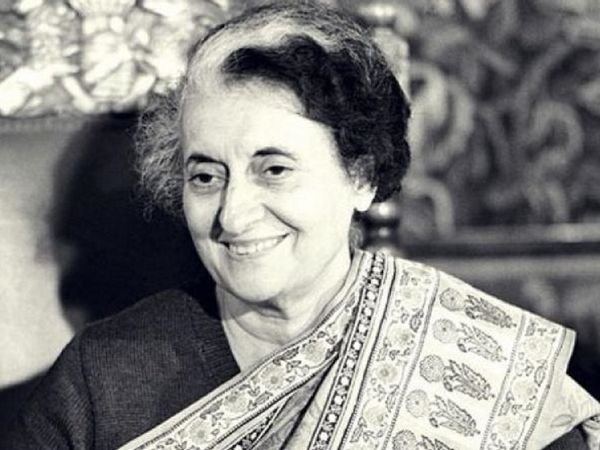 Former Prime Minister Indira Gandhi emerged as the greatest and much-celebrated heroine after India’s victory in the 1971 war with Pakistan that led to the creation of Bangladesh but faced widespread criticism for signing the Simla Agreement without sorting out the Kashmir issue, says a new book.

The book ‘Reporting India: My Seventy-Year Journey as a Journalist’ by veteran journalist Prem Prakash, also says that Indira Gandhi “faced huge problems from day one when she took charge of the party and of the country” after the death of Prime Minister Lal Bahadur Shastri.

The book, which has been released recently, notes that Indira Gandhi did not stop her son Sanjay Gandhi from turning into “an extra-constitutional centre of power” during the Emergency and that his “whims and fancies were a law unto themselves”.

It provides a glimpse into her personality, noting how she was “very much her own person”, “very lonely person” and “a global leader in her own right”.

“Indira Gandhi faced huge problems from day one when she took charge of the party and of the country after Shastriji’s death. The Bihar drought, food shortages, the upheavals in East Pakistan, and over a million refugees coming into India…She faced this last problem with so much fortitude and success that perhaps nowhere in the world could so many refugees have been sent back to their homes so successfully,” says the author, who is Chairman of ANI.

The book says Indira Gandhi took steps to ensure that the army continued to grow stronger with the Army finishing the Bangladesh war is barely eight days and she dashed Pakistan’s hopes of becoming militarily equal to or more powerful than India.

“On December 6, 1971, Indian forces moved into East Pakistan. By December 14, General Manekshaw had issued a warning to the commander of Pakistani forces to surrender. This, despite very heavy opposition from America. In dashing Pakistan’s hopes of becoming militarily equal to or more powerful than India, Indira Gandhi delivered a body blow to that country. By facilitating the break up of Pakistan into two parts, she did yoeman service to India for all time to come,” it says.

The book says India moved the Pakistan Army into cantonments where some 93,000 soldiers laid down their weapons – the biggest surrender since World War II.

“Indira Gandhi was now the greatest, much-celebrated heroine of India. The prime minister received a standing ovation in Parliament following the unconditional surrender by the Pakistan army.”

It says Pakistan attacked India first on December 3, 1971, and its President General Yahya Khan had hoped his pre-emptive strike would destroy India’s air capability – not knowing that Indians were waiting for him.

The author says India lost a major opportunity to resolve the Kashmir issue at the Shimla summit in July 1972.

“The talks did not proceed well. India was looking for a solution to the Kashmir issue through talks so as to end hostilities with Pakistan for all time. It is my view that India lost all the advantages it had gained through its victory in December 1971 because our negotiators failed in the game of brinkmanship…India lost a major opportunity to resolve the Kashmir issue because it fell for promises made by Bhutto.

“Pakistan recognised Bangladesh, which it would have done sooner or later. But more importantly, it got back its POWs without addressing the Kashmir issue. Bhutto and his delegation were not willing to concede anything, but I believe to this day that he would not have gone back without ensuring the release of Pakistani POWs. The families back home in Pakistan wanted them back.

“Once its POWs were back in Pakistan, the Pakistan Army again began its nefarious activities against Bangladesh and India…And at home, Indira Gandhi faced widespread criticism for signing the Simla Agreement without sorting out the Kashmir issue,” says the author.

Referring to the beginning of Indira Gandhi’s first tenure as Prime Minister, the book says she assumed prime ministership at a “very difficult time”.

“She had to handle the fallout resulting from Lal Bahadur Shastri’s agreement in Tashkent. The nation was angry at the withdrawal of its forces from areas such as Haji Pir pass and the mountaintops of Kargil that the army had captured with great sacrifice. The mystery surrounding Shastriji’s death added to the general anguish.”

The book describes how the old guard went against her after the 1967 election, which the Congress won with a small majority, and how she asserted her control over the party by encouraging VV Giri to contest as an independent candidate for the office of the country’s President against the official nominee of Congress.

“This is the only instance in the country’s history since Independence that an independent candidate contested and won the presidential election. This election could have been the undoing of Mrs Gandhi. She had taken a huge gamble,” says the book.

The author recalls that in an interview Indira Gandhi had termed parliamentary democracy as moribund and not suitable for India.

“Years later she toyed with the idea of introducing a presidential system. The idea was dropped but the fact that it was floated at all suggested she was always looking to consolidate power,” he says.

Referring to the events leading up to the Emergency in which Indira Gandhi’s election to Lok Sabha was set aside in 1975, the author says that the verdict was like “pronouncing a death sentence on someone for jaywalking”.

“It is a pity that a tiny technical fault in 1971 election should have led to her election victory being set aside and the horror of Emergency and dictatorship imposed on India, with Sanjay Gandhi, an extra-constitutional centre of power, taking virtual control of the government. There had been no corruption in Indira Gandhi getting elected in 1971,” the book says.

Referring to the atrocities during the Emergency in Delhi, the book notes that these took place just a few kilometres from her residence.

“And yet she went about her daily work without any evidence of being affected by the events. In truth, the government was being run by her son Sanjay and the close group around him…Sanjay Gandhi became the virtual prime minister of India. It was clear to most of us journalists that fond, as she was of Sanjay, Mrs. Gandhi allowed him to stay in active politics. Soon officials and ministers began taking orders from him. He suddenly turned into an extra-constitutional centre of power.

“Ultimately, the decision to stop him had to come from the prime minister and the government. But she did not stop him. Why was the modern-day ‘Durga’ so helpless? No prime minister is ever helpless; they chose to abdicate decision-making. And that is what Indira Gandhi did. She would not be the last Indian PM to do so,” the book says.

It says that this span of Indira Gandhi’s prime ministership was “to be forever tainted by the stain of Emergency and all the good work she did was overshadowed by dictatorial steps she had taken on her son’s behest.”

The book says Indira Gandhi launched her 1979 election campaign with enormous energy. “Never before had I seen her or anybody else go into a campaign determined to fight it out single-handedly.”

It notes that after winning from two seats, she surrendered Rae Bareli in favour of Sanjay Gandhi.

“It was a clear message to her detractors that she would not punish her son for Emergency. It also, in a way, set precedent for her family, which is given not to admitting to past political mistakes made by their kin”.

Recalling how Sanjay Gandhi died in a plane crash in June 1980, the book notes that it was a huge tragedy for Indira Gandhi and she was “shaken, in fact, devastated”.

“Indira Gandhi was, I don’t know why a very lonely person. She had always been a loner but Sanjay’s death left her even more isolated. It was at this stage that she managed to convince her other son, Rajiv Gandhi, to stand for Congress.”

The book talks about trouble in Punjab, inaptitude of some Congress leaders and describes factors and conditions that led to Operation Blue Star.

Referring to India’s first nuclear test in 1974, the book says Indira Gandhi led “the Chinese know that we too had the nuclear capacity”.

The book notes that Indira Gandhi “was a recognised world leader” and received immense respect from Commonwealth heads of government when she hosted the Commonwealth meeting in Delhi in November 1983 with Queen Elizabeth opening the meeting as head of the Commonwealth.

“Similarly, she earned a huge and positive reputation from her interest in the Non-Aligned Movement and from the NAM summit in Delhi, with practically all world figures attending, including Fidel Castro. She was a global leader in her own right.”

The book has many interesting anecdotes of the author about the historic or tumultuous moments in the long years when Indira Gandhi was the prime minister.

The author recalls his efforts to get government nod to cover its relief efforts in Bihar which was facing near-famine conditions, his courageous foray for coverage into East Pakistan that could have turned very tragic, his forced visit to London during Emergency and sending the first news feed via satellite out of India and scoring a world exclusive as polling started in 1977 elections.

Prem Prakash is a pioneer in Indian journalism and in his long career has covered some of the most important stories of post-Independence India including the 1962 war with China, the 1965 and 1971 wars against Pakistan, the assassination of Indira Gandhi, and Lal Bahadur Shastri’s fateful Tashkent journey. The book provides a detailed account of his professional life and stories he covered from Nehru’s demise to the rise of Prime Minister Narendra Modi.

The 225-page book is available on Amazon and Flipkart