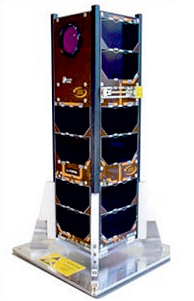 At the point when the Indian Space Research Organization’s (ISRO) workhorse dispatch vehicle – Polar Satellite Launch Vehicle (PSLV), attempts its 50th crucial week, it will place into space a satellite created by Israeli secondary school students. The satellite, Duchifat-3, whose mission is remote detecting, is among the nine client satellites which will be ready the PSLV strategic it launches from the Satish Dhawan Space Center (SDSC) Sriharikota on December 11.

These worldwide client satellites are being propelled under a business game plan with New Space India Limited. The Ducifat-3 is a trial satellite created by Students of the Herzliya Science Center’s Space Laboratory. It will convey locally available payloads for earth imaging.

Ducifat-3 will be the third student satellite to be propelled in the Ducifat arrangement of satellites. In 2014 the primary students nanosatellite Ducifat-1 was propelled on board the Dnepr launcher. This was trailed by the Duchifat-2 which was propelled by the Atlas-5 launcher.

Apart from Duchifat-2, the other outside satellites are Radar Imaging Earth Observation Satellite QPS-SAR from Japan and Tyvak-0092 from Italy whose strategic is Search and Rescue. Likewise there are six US satellites – the Tyvak-0129, four Lemur satellites and one HOPSAT satellite. This will be the 75th dispatch vehicle crucial SDSC SHAR, Sriharikota and the 37th dispatch from the First Launch cushion.

Duchifat-3 has three missions which will operate in parallel:

It will be launched in late 2019 on an Indian PSLV-QL rocket.

Generals to meet again to chart out troop reduction – Defence...