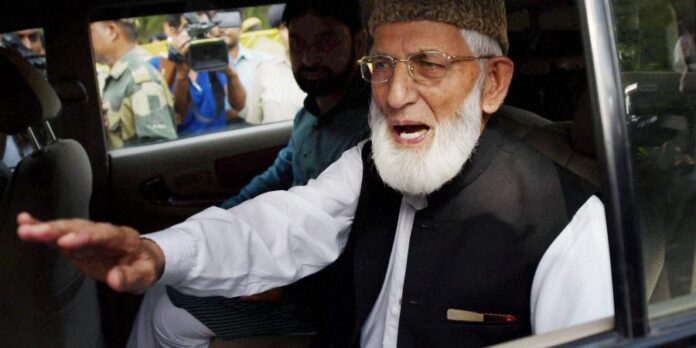 “After considering the present circumstances, I announce to quit the Hurriyat forum,” Geelani announced in the audio message. He has also released two-page statement on his resignation from the Hurriyat Conference. Geelani, a staunch pro-Pakistan politician, had been leading the hardline faction of Hurriyat Conference while the moderate faction is being led by cleric Mirwaiz Umar Farooq.

The separatist leader had in March 2018 quit from the post of chairman of Tehreek-e-Hurriyat, a separatist party floated by him, to continue as head of the Hurriyat Conference.

After Geelani’s stepping down, his close aide Mohammad Ashraf Sehrai had taken over as chairman of the Tehreek-e-Hurriyat (TeH).

Geelani had formed TeH in 2004 after having differences with his parent organisation, Jamaat-e-Islami and since 2004 he was heading the organisation.

Sehrai’s son Junaid Sehrai, who was an MBA pass out and joined Hizbul Mujahideen in 2018, was killed in a gunfight with security forces in downtown Nawa Kadal area of Srinagar last month.