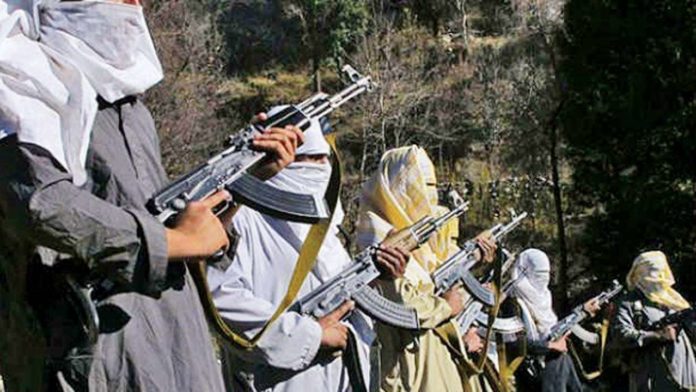 In another notorious move, Pakistan’a intelligence agency Inter-Services Intelligence (ISI) has directed Khalistani terror groups which are active in Pakistan in smuggle weapons and drugs into India’s Punjab and extend help to the terror groups active in Kashmir.

According to the investigation by the National Investigation Agency (NIA), Pakistan based terrorist organisations are using narcotic trade to generate funds for terror activities in India. The agency said that Pakistani entities are smuggling narcotics from into the Indian territory by hiding it in sacks of rock salt which is imported from Pakistan. This is done through an elaborate network of importers, customs house agents, transporters and the operation is financed through illegal international hawala channels.

The investigation also established that the seized consignment was a part of a total of five consignments of drugs, four out of which had been successfully smuggled into India. The proceeds of narcotic trade are transferred to Kashmir valley through couriers and hawala channel for terrorist purposes.

The NIA has arrested a top narco-terrorist and wanted accused Ranjit Singh from Sirsa in Haryana. He is also the prime accused in the recent Hizbul Mujahideen terror funding module which was busted with the arrest of Hilal Ahmad Wagay, a resident of Nowgam, Awantipora, Jammu and Kashmir with Rs 29 lakh in cash in Amritsar by Punjab Police in April. This money was being transported to the Kashmir valley to be handed over to Hizbul Mujahideen top terrorist Riyaz Naikoo who was killed last week in an encounter with security forces.

“An NIA investigation has revealed that Pakistan-based terrorist organizations are using narcotic trade to generate funds for terror activities in India. The proceeds of narcotic trade are transferred to Kashmir valley through couriers and hawala channel for terrorist purposes,” the NIA said in a statement.

All the Khalistani leaders based in the UK, Germany and Canada have been inciting violence or involved in facilitating terror activities in India in association with the ISI. In 2019, Punjab Police had busted a terrorist module of the revived Khalistan Zindabad Force (KZF), backed by a Pakistan and Germany-based terror group that was conspiring to unleash a series of terrorist strikes in Punjab and adjoining states, and seized a huge cache of arms, including five AK-47 rifles, pistols, satellite phones and hand grenades.

Due to an international link, Punjab Chief Ministers handed over investigation to NIA to ensure that the entire conspiracy is fully and expeditiously unravelled. The initial investigations of this case revealed that Pakistan is using drones to deliver terrorists weapons and communication hardware across the border. The large-scale infiltration appeared to have been aimed at scaling terrorism and militancy in J&K, Punjab and the hinterland.

The investigation by the Punjab Police revealed that the ISI is using GPS-fitted drones, capable of lifting up to 10 kg, from Pakistan seven to eight times to airdrop the cache of arms, ammunition and fake currency seized in Punjab’s Tarn Taran district.

Security agencies have also found a link to Germany, UK and Canada, which have emerged as the main base of Khalistani and Kashmiri terrorists. The sympathizers of these groups living in these countries are funding for drugs in Punjab and some part of these funds are also being diverted to Kashmir for terror activities.

The smuggling of weapons and drugs by Pakistan to Khalistani groups has resulted in a rivalry among them. A top leader of Khalistan Liberation Force, Harmeet Singh alias Happy PhD, was killed at the Dera Chahal Gurudwara near Lahore by a local gang over financial disputes stemming from drug smuggling.

The killing of Harmeet Singh was the result of rivalry between Khalistani groups over control of drug money. Harmeet, who was also allegedly involved in the murders of Rashtriya Swayamsevak Sangh (RSS) leaders in Punjab in 2016-2017, was wanted in India in several cases and was involved in the smuggling of weapons and drugs from Pakistan.