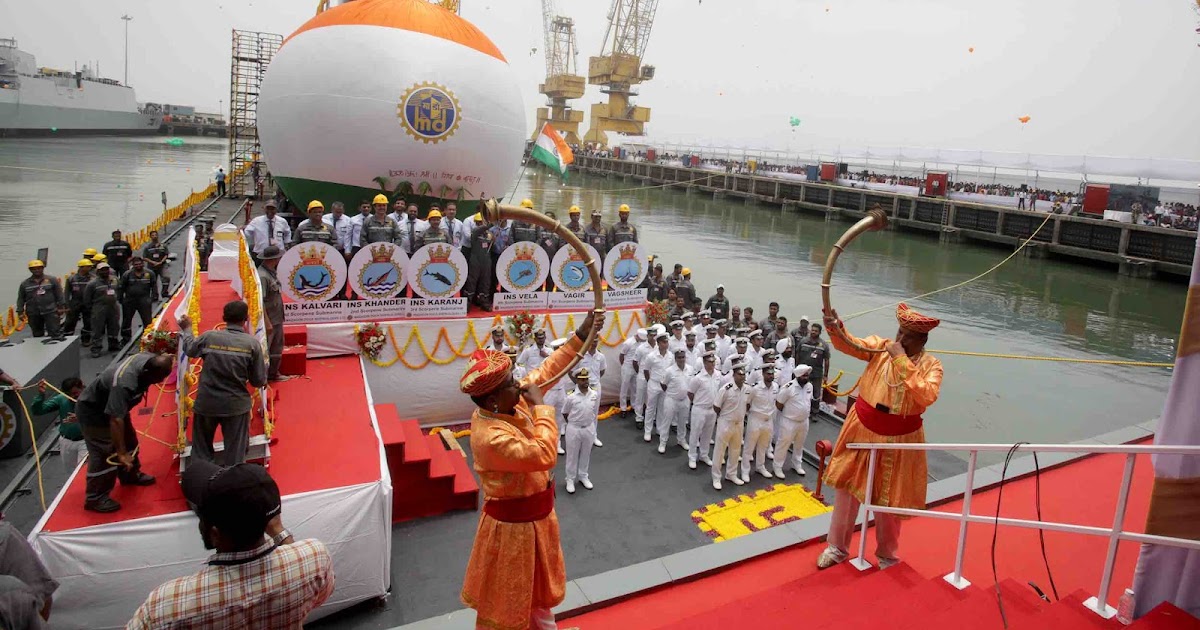 INS Vagsheer, the last of the Scorpenes, is the reincarnation of a diesel-electric boat supplied by the Soviet Union in 1974

Navies around the world, all of whom hold to their customs, traditionally launch or command warships with a lady smashing a bottle of champagne into the bow of the ship. Not Queen Elizabeth II, however – Britain’s long-reigning monarch – when she was called upon in 2014 to command the pride of the Royal Navy: Her Majesty’s Ship (HMS) Queen Elizabeth, the aircraft carrier named after her illustrious, 16and predecessor of the century.

The monarch, however, was not about to use a French drink to commission a British carrier. Instead, she did the honors by smashing a bottle of Bowmore single malt Scotch whisky, acknowledging the shipyard in Rosyth, Scotland, where the 65,000-ton transporter was assembled.

Indian custom also does not involve the use of champagne or single malt. Instead, the chosen lead guest crushes a coconut on the bow of the ship. This was followed on Wednesday, when the wife of Defense Secretary Veena Ajay Kumar launched the sixth and final Scorpène (French for scorpion) submarine at Mazagon Dock Ltd (MDL), Mumbai.

The submarine, previously called Yard 11880, will now be called INS Vagsheer. It will be the reincarnation of an old diesel-electric boat (submariners call their ships “boats”) that the Soviet Union provided in 1974.

The fifth submarine, INS Vagir, is undergoing sea trials and is expected to be commissioned later this year.

INS Vagsheer, the last submarine in the line, will now begin checking her equipment, after which ‘port trials’ will begin, followed by rigorous ‘sea acceptance trials’. If all goes well, the submarine will be delivered to the Indian Navy at the end of 2023.

In 2005, the navy signed a contract worth around 18,798 crores with the Franco-Spanish submarine consortium Armaris for six Scorpene submarines. Armaris was taken over by the Direction des Constructions Navales Services (DCNS) of France, and its cost rose to ~23,562 crore. In June 2017, DCNS changed its name and became Naval Group.

The Scorpene class of submarines are primarily suited to operating in the shallow waters of the Arabian Sea, where larger submarines tend to scrape the seabed even when far out to sea.

Its small size lends itself to approaching and blockading Pakistani ports and naval bases in wartime and stealthily approaching enemy warships to destroy them with torpedoes and anti-ship missiles. It could also be used to block shipping from West Asia entering the Arabian Sea through the Strait of Hormuz.

The new Kalvari displaces 1,565 tons. It is 67.5 meters long and 12.3 meters high and is powered by a “permanently magnetized propulsion motor” which propels it underwater at 20 knots (37 kilometers per hour, or kmph) and, when he surfaces, at 12 knots (22 km/h).