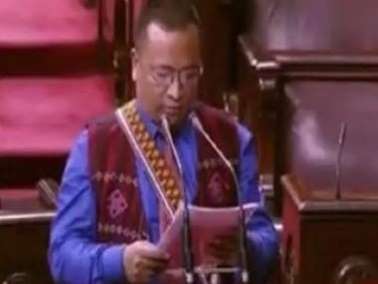 Mizoram’s lone Rajya Sabha member K Vanlalvena has urged the Centre to raise a Mizo regiment in the Indian Army or a paramilitary force to guard the state’s international borders with Bangladesh and Myanmar. The lawmaker, who is currently camping in Delhi, recently met Defence Minister Rajnath Singh and urged him to initiate steps in this regard, a statement said on Friday.

Vanlalvena said Mizos had resisted British rule and two Mizo chiefs Dokulha Chinzah and Ropuiliani had spent a large part of their lives in prisons.

He told Singh that raising an army regiment or a paramilitary force to guard Mizoram’s borders with Bangladesh and Myanmar will not only solve local unemployment issues but also boost national security.

“Mizo youths, with their inborn fighting spirit and strong desire to join security forces, can make the best army regiment or paramilitary force in the country,” Vanlalvena said.

Both the security forces are playing a role in safeguarding the borders and checking the smuggling of arms and drugs. Drugs, mostly heroin, are smuggled into Mizoram from Myanmar.

On 28 September, the BSF had seized 30 automatic rifles and nearly 8,000 cartridges near the India-Bangladesh border in Mamit district and arrested three persons.