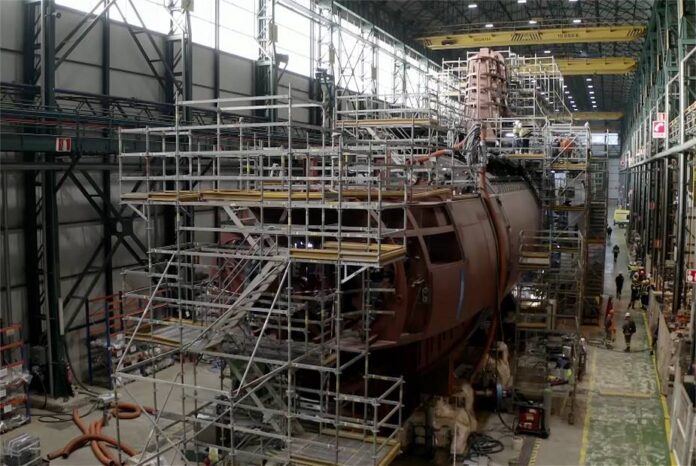 According to information released on the Facebook account of Navantia on November 6, 2020, the Director of Navantia India, Fernando Formoso Freire, has taken part in a round table discussion on the naval industry this Monday 9th November 2020. The event has been organized by the publishing group India Today, which is one of the most important media platforms in India.

Navantia presents its S80 Plus Class submarine design to respond to the Indian P75I program launched by the Indian MoD (Ministry of Defense) for the acquisition of six conventional submarines with AIP (Air-independent propulsion). On January 2020, the Livefist Defence website has announced that the Indian MoD has shortlisted two Indian shipyards and five foreign submarine manufacturers for Project 75-India (P75I) submarine build program that envisages the construction of 6 new generation attack submarines in India at a cost of over $6.3 billion.

Navantia’s experience in India as a submarine builder has the precedent of six Scorpene-Class units. This program was developed along with the French Naval Group (formerly DCNS) and the Mumbai CDM shipyard

The S-80’s air-independent propulsion (AIP) system is based on a bioethanol-processor consisting of a reaction chamber and several intermediate Coprox reactors. Provided by Hynergreen from Abengoa, the system transforms the bioethanol (BioEtOH) into high purity hydrogen. The output feeds a series of fuel cells from UTC Power company.

The S-80 Plus-class submarine is equipped with 6 × 533 mm torpedo tubes with DM2A4 torpedoes and Harpoon missiles.