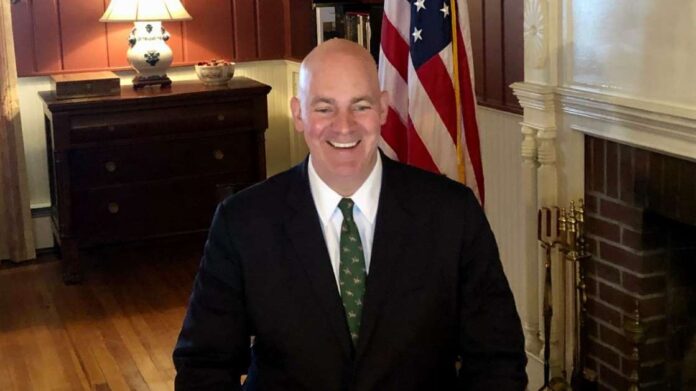 The US has said there is no “blanket waiver” for any country under Countering America’s Adversaries Through Sanctions Act (CAATSA) for buying Russian or Chinese arms. But the action may not be punitive in nature for a “partner and ally” like India, according to a top US official.

Assistant Secretary of State for Political-Military Affairs R. Clarke Cooper said Thursday: “The CAATSA sanctions are not designed to be punitive to a partner and ally that has got a sustainment issue or an operation or maintenance issue. We’re certainly not looking to disrupt that…”

Referring to India specifically, Cooper said: “I would say that one thing, too, from an Indian perspective in particular, which is why I raised the legacy issue… CAATSA’s not, again, designed to take a punitive action in that space. It’s to mitigate and prevent the significant addition of high-level, high-tech Russian systems.”

The statement comes after the US imposed sanctions under CAATSA on Turkey, a NATO ally, on 14 December for buying the S-400 air defence system from Russia in 2017.

Cooper was addressing the media on why other countries should be “wary of the risks of defence acquisitions from China and Russia”. “We don’t want a partner’s sovereign defence capabilities to be degraded to put their readiness at risk,” he said.

“However, CAATSA the statute is designed to address new significant acquisitions, procurements of Russian systems that would put at risk anything that would be interoperable with US systems or NATO systems,” the official added.

India signed a deal with Russia in October 2018 to purchase the S-400 missiles system under a $5 billion defence deal, despite the CAATSA laws being enacted a year before. India is expecting the deliveries to be completed by 2025.

Sanctions on Turkey ‘hard but necessary’

According to Cooper, imposing sanctions on Turkey was “hard” but “necessary”, since Turkey “has status not only as a bilateral ally with us but as a NATO member and an ally, the United States undertook exhaustive efforts to engage diplomatically with the Turkish government at every level to provide an off ramp from the S-400 acquisition”.

He also said the deal was done between Russia and the Turkish government through their Defence Industry Presidency or SSB, which a government-run procurement entity.

“The United States made very clear to Turkey at the highest levels and on numerous occasions that its purchase and pursuit of the S-400 system would endanger the security of US military technology and personnel and provide substantial funds to Russia’s defence sector,” he said.

Cooper said CAATSA sanctions are of a “global nature”.

“They’re not limited to a particular state or region, and there is no timeline. I know that there had been questions posed to me and to other colleagues (about if) we thought sanctions weren’t going to be issued to Turkey because nothing had been done in the last few months,” he said.

Cooper highlighted that as far as the CAATSA, which was promulgated by the Donald Trump administration in 2017, is concerned, “there’s no clock on the United States government applying them, and there’s also no blanket waiver either”. Neither the US Congress nor the executive branch of the government can apply the waiver, which is what some countries have sought, he added.

US transfer of technology to India on arms

On the issue of India’s long-pending demand to have access to the US’ high-tech defence products, along with transfer of technology provisions, Cooper said they are “two very different things”.

He also said India and the US are holding negotiations on this issue on a number of platforms.

“But again, not a unique conversation between these two states. It’s one that we have with other states,” Cooper added.