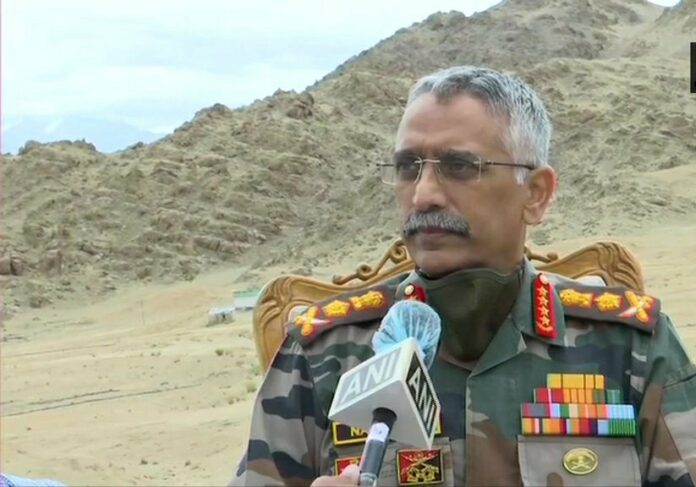 While troops are being moved more on the LoC both in the Kashmir valley and Poonch, Rajouri sectors in Jammu region, Army Chief General Manoj Mukund Naravane on Thursday said that on the other side of the border, there are huge efforts to push more and more terrorists before snowfall and the winters.

Army commanders in the Kashmir valley recently told the media that they were watching all the developments and there would be no lowering of guard even after snowfall in the given circumstances. Additional troops have been seen by the locals moving to the border areas and most of the posts and bunkers would be kept operational even during the winters in the snow-bound areas of Kashmir borders.

On Friday, heavy border skirmishes started in the Poonch sector, while in Keran, Machil and Kupwara sectors, shelling has been reported in the past few days. The Army recently said that they thwarted BAT attempts in the Tangdhar sector, while reports of shelling are being reported in the media almost on a daily basis, from areas close to the LoC.

Latest media reports on Friday afternoon said that heavy firing and shelling on forward areas and posts along the Line of Control (LoC) was going on in Poonch district of Jammu. In the Mankote sector of Poonch, even the shells were coming to civilian areas, reports further said.

“Pakistani troops have violated ceasefire 18 times this month,” defense spokesman said in Jammu on Friday. On Thursday, a Junior Commissioned Officer (JCO) was injured in Pakistani shelling in the Sunderbani sector of Rajouri district.

On 1 October, an army jawan was killed and his colleague was injured in the Krishnaghati area of Poonch. There have been multiple infiltration bids in October so far, officials said in Srinagar.

Army commanders on the ground in Kashmir valley have said that there would be no lowering of guard even during the winters and after the snowfall, as they have reported that on the other side of the border, there are a lot of activities going on. Recent media reports have said that even the Chinese troops were visible on the other side of the border; however, senior army commanders have refuted such media reports and said that they have no such information so far.