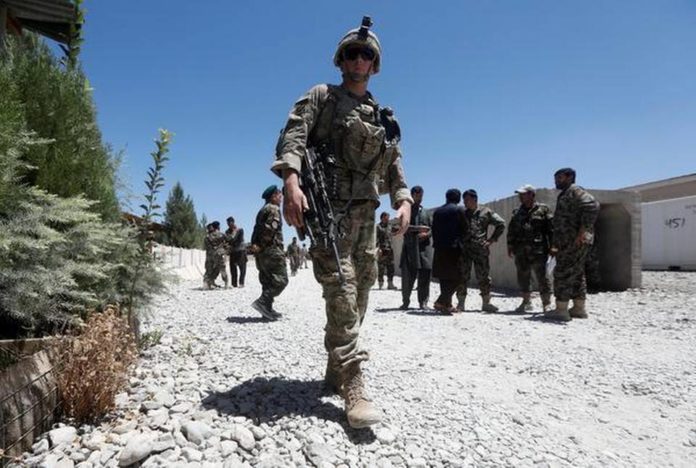 Unhappy with CPEC’s anaemic progression after early 2017, the Chinese have apparently put their foot down, exhorting cash-strapped Pakistan to take some key decisions. Pakistan’s The Dawn newspaper has reported that there have been allegations that the CPEC’s stewardship has effectively shifted from civilians to the military, following the appointment of a retired general as the head of CPEC Authority, the nodal organisation running the project.

Gen. Asim Saleem Bajwa — a former head of the Inter-Services Public Relations (ISPR), was appointed Chairman of CPEC Authority in November last year. On April 28, he also became Special Assistant to Prime Minister Imran Khan on Information and Broadcasting. By doing so, the military had openly positioned itself as the fount of decision-making on CPEC.

“The Chinese always wanted the military to be in charge of running CPEC, as they were seen as more efficient and less corrupt,” a Chinese academic who did not wish to be named told The Hindu.

The Dawn report further elaborated that senior politician Asad Umar was roped in as Pakistan’s Planning and Development Minister “on Chinese insistence,” after his return to Cabinet was announced in November. It further added that the first visible sign that CPEC had been rebooted emerged in November when the 300-megawatt Gwadar coal-fired power plant was inaugurated.

The Pakistani military’s stewardship has gelled with the decision that a large number of phase-2 projects would be rooted in Baluchistan — a strife-torn arid zone in the cross-hairs of an insurgency marshalled by groups such as the Afghanistan-based Balochistan Liberation Army (BLA). Pakistan has accused India of backing BLA.

Pakistani media reports say that phase-2 CPEC undertakings are likely to include the $9.2 billion Peshawar to Karachi railway project. Besides, three Special Economic Zones (SEZs) — Rashakai, Allama Iqbal Industrial City and Dhabeji — would be at the heart of the phase-2 rollout meant to attract foreign investment and reverse Pakistan’s de-industrialisation.

In 2018, China and Pakistan had announced their intent to extend CPEC to resource-rich Afghanistan — a move that would link the landlocked country with Gwadar port, the starting point of the project, which terminates in Kashgar in China.

China has already made modest investments in Afghanistan, which includes the Aynak copper mine project in 2008 and Amu Darya oil exploration in 2011.

Afghanistan’s access to Gwadar has already been tested. In the third week of January, Diyala, a cargo ship carrying chemical fertilizer, docked in Gwadar. From there, the consignment was moved across by trucks to the Chaman border crossing between Pakistan and Afghanistan. This was done under the Afghanistan-Pakistan Transit Trade Agreement (APTTA), according to a write-up that appeared on the website of the Sydney-based Lowy Institute.

But the Afghans are not putting all their eggs in one basket. Last month, they also received a 75,000-tonne wheat shipment from India, which was routed through Chabahar — an India-run Iranian port on the Gulf of Oman, signalling their intent to diversify usage of trade routes.

In tune with its long-term geo-economic pursuits, China has already experimented with running trains to Afghanistan, linking the city of Nantong with Mazar-e-Sharif, in northern Afghanistan.

“The killing of Osama bin Laden was a benchmark, as it marked the Obama administration’s policy to scale down American presence in Afghanistan. Ever since, China has given more and more importance to its bilateral ties with Afghanistan. China has to plug the resulting vacuum because no one else would. This is necessary to secure the One Belt One Road. Then there are compulsions of safeguarding the China Pakistan Economic Corridor (CPEC). Xinjiang’s stability is another big concern,” Hu Shisheng, Director of the Institute of South and Southeast Asian and Oceanian Studies at the China Institutes of Contemporary International Relations, had earlier told The Hindu.

In view of strengthening the logistical infrastructure along CPEC, Chinese state media announced late last month the construction of a high-altitude airport at Taxkorgan — a county that falls within the Shaksgam valley that Pakistan had ceded to China in 1963. “It will create a new ‘air passage’ leading to Central Asia and South Asia,” China Global Television Network (CGTN) quoted Zhou Xiang, deputy director of Xinjiang’s Civil Aviation Administration, as saying.