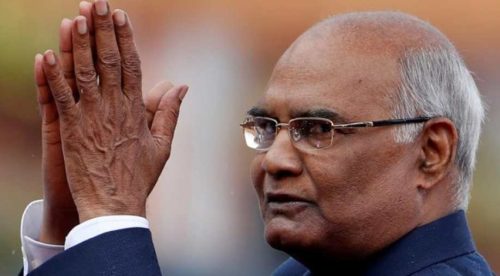 In the 2014 legislative assembly elections, Bharatiya janata Party(BJP) and People’s Democratic Party(PDP) gained 25 and 28 seats respectively in Jammu & Kashmir out of total 87 seats. With no party to prove majority, BJP and PDP decided to form the government in alliance. Since then, the state government was functioning under the command of PDP Leader Mehbooba Mufti as the Chief Minister and Nirmal Kumar Singh (BJP) as the Deputy Chief Minister of Jammu & Kashmir. However tables turned on June 19, 2018 when the government collapsed as BJP ended its alliance with PDP. After this failure of governmental function, Governor’s Rule was implemented invoking section 92 of the constitution of Jammu & Kashmir. N N Vohra was the Governor presiding over the state for the forth time, during his 10-year tenure. Previous three Governor’s Rule that he presided were in 2008, 2015 and 2016.

On November 22, 2018, PDP Leader and the former Chief Minister Mehbooba Mufti released a letter announcing that they are planning to form a government in alliance with National Conference and Congress. This was followed by People’s Conference chief Sajad Lone who claimed similar bid in alliance with BJP and other unknown leaders. This led to the dissolution of the state legislative assembly by the Jammu & Kashmir Governor Satya Pal Malik. A press release from Governor’s Office read “The coming together of such parties in a grouping is nothing but an attempt to gain power rather than to form a responsive government”. You can read the full text of this Press Communique Here. This ended any possibility of government formation.

The 6-month term of Governor’s Rule ended on December 19, 2018. Indian President Ram Nath Kovind signed the proclamation for imposition of central rule in the state. This led the Union Cabinet to take all policy related decisions in Jammu & Kashmir.

What Will Happen Next?

Got Queries? Ask with #PresidentsRule