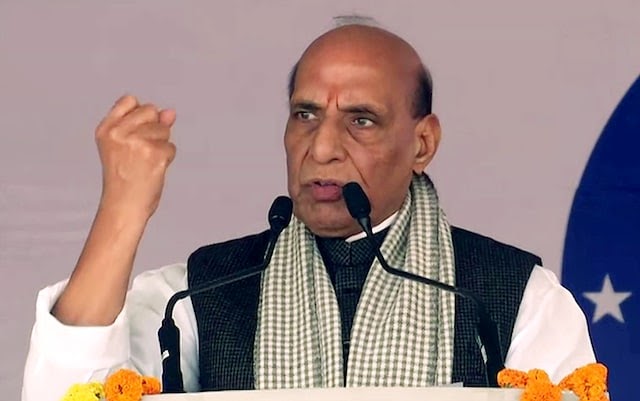 Defense Minister Rajnath Singh on Thursday released a third “positive indigenization list” of 101 major pieces of defense equipment which the Ministry of Defense (MoD) will no longer allow to be imported. Instead, these 101 items will be progressively procured from Indigenous sources in accordance with the provisions of Defense Acquisition Procedure (DAP) 2020.

These weapons and platforms will be phased out of import, with some items embargoed from December 2022, and additional items added each December until 2027.

“The list, notified by the MoD’s Department of Military Affairs, includes equipment and systems which are on the verge of being fully developed by local agencies and which are expected to result in firm orders within the next five years,” said a statement from the MoD.

Import substitution of ammunition, which is a recurring requirement, received particular attention.

The items prohibited for import have been identified after consultations with stakeholders such as the Defense Research and Development Organization (DRDO), Department of Defense Production (DDP), Service Headquarters ( SHQ) and private industry. Rajnath Singh said the Ministry of Defense and the military would force industry to meet schedules.

The Ministry of Defense said the import embargoes “reflect the government’s growing confidence in the capabilities of domestic industry to supply equipment of international standards to meet the demands of the armed forces”.

The Department of Defense also hopes that the positive indigenization lists will boost indigenous research and development (R&D) by attracting new investment in technology and manufacturing.

The defense minister described the third list as a “symbol of the government’s 360-degree efforts to realize Prime Minister Narendra Modi’s vision of ‘Aatmanirbhar Bharat'”.

So far, DRDO has concluded over 1,430 ToT deals with Indian industries, out of which a record number of around 450 ToT deals were signed in the last two years.

Rajnath said that the handing over of 30 ToT agreements to the industry shows their growing confidence in the technologies developed by DRDO. He expressed hope that the private sector would make full use of these technologies to make India a global defense manufacturing hub.

Reminding domestic industry of the government’s support for indigenization, Rajnath Singh said 68% of the defense capital budget has been earmarked for domestic procurement. In addition, 25% of the defense R&D budget is earmarked for industry, start-ups and universities, as well as the corporatization of the Ordnance Factory Board.

The Minister of Defense highlighted the danger of importing systems, pointing out that foreign software codes could prove dangerous for the security apparatus as they open the window of vulnerability.

Emphasizing the need for indigenization, he said, “Today the scope of defense is not limited to borders alone. Anyone can now break into a country’s security system using different methods of communication. No matter how strong the system, if it is tied to another country, there is a possibility of a security breach. Previously, defense equipment such as tanks and helicopters were mostly mechanical in nature. It was not possible to control them. But the new defense systems are electronic and software. They can be controlled or knocked down from anywhere.

He said that when orders for defense items are placed with the national defense industry, it provides jobs for thousands of people working in sector-related MSMEs spread across the country.