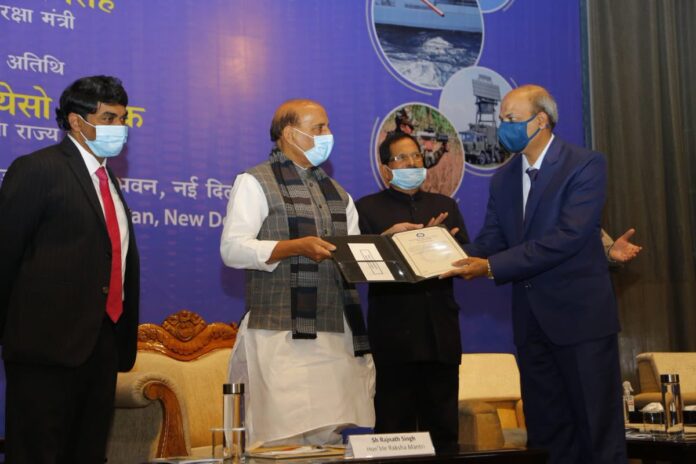 Defence Minister Rajnath Singh today felicitated eminent scientists for their contribution and services to the nation at the DRDO Awards Ceremony in New Delhi.

In his address, Mr Singh said, while DRDO has promoted indigenization by developing several defense technologies on its own, on the other hand it has also helped in indigenization and self-sufficiency of industries, by transferring its patents and technologies. He said, DRDO while meeting the needs of the present has also supported Young Scientist Labs and taken equal care of future needs. Mr Singh said, today, when global conditions are changing, the defense equations are changing and their new dimensions are coming to us, there is a need to fly higher.

The Minister said, during the Covid pendemic, DRDO started producing ventilators, masks, PPE kits and sanitizers from the beginning and it proved very helpful for the Corona Warriors and medical professionals, in their day to day operations. He said, by setting up Covid Hospitals in Delhi and Bihar in a very short time, DRDO has helped the public and institutions.