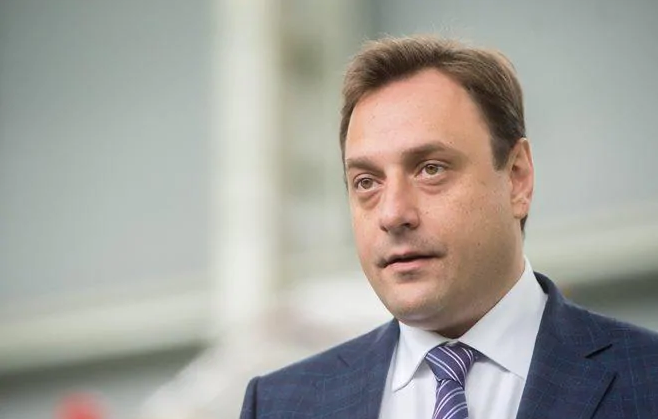 Russia and India have reached such an outstanding level of confidence after decades of fruitful cooperation in the field of defense. In an exclusive interaction, Ilya Tarasenko, CEO, MiG Corporation of Russia shares with Financial Express Online, his company’s offering of MiG-35 for the Indian Air Force and plans for Make in India and setting up of an aerospace ecosystem. Following are excerpts:

Is the company offering MIG 35 for the IAF? Have you identified your Indian partners who will work on the production here?

JSC “RAC “MiG” is participating in tender process for supply of aircraft to the IAF through Rosoboronexport. The Corporation is offering its newest lightweight Russian fighter MiG-35, in accordance with “Make-in-India” program requirements. Aircraft complex enables to use the full scope of air weapons, both already existing and future, of Russian or foreign origin, including the ones designed for heavy fighters.

For more than half a century we have been shaping a common understanding with the Indian partners. During decades of cooperation we have created vast infrastructure, supporting the operations of MiG type of aircraft in India, as well as their production and after-sale support.

We have set up simulator and service centers in India. But the most important thing is that we have learnt to understand the philosophy, spirit and the real needs of the IAF. This experience helps us to have an open and meaningful communication both with Indian military personnel and the industry.

We are about to finalize an agreement with our Indian industrial partner and at the same time we are having negotiations with a wide range of industrial enterprises to elaborate a unique and advantageous offer to participate with in the IAF tender. We are in the process of concluding several technical issues. After it is officially signed and, of course, given the consent of our Indian partner, we will be able to disclose more information on the parameters of the offer we are making.

How is the MiG-35 compared to the American F-16s and the F-18s and the Swedish Gripen?

MiG-35 is a new aircraft complex, with all the technologies applied in it that enable us to attribute this aircraft to the fifth generation. We have focused on achieving maximal parameters of its avionics and today I can confidently say that it demonstrates better combat effectiveness than its competitors for range and efficiency of use. New Russian avionics is used in MiG-35, software system has been upgraded, new cockpit with multifunctional display, connected with avionic complexes, has been installed.

Moreover, we have designed modern airborne radar – AESA. The radar is noted for increased range and provides for detection, tracking, recognition and acquisition of air, ground and surface targets in front and back semi-spheres, day and night at the distance of 190 km.

The fighter will be equipped with new types of guided and unguided air weapons, enabling to perform combat tasks with maximum efficiency. Moreover, the new MiG-35 digital weapons control system enables to also integrate any future weapons of Russian or foreign design that will fully interface weapons of Indian produce.

“MiG” Corporation has implemented a completely new navigation and target acquisition system with a special weapons control system, and a new onboard communication complex, all of which, will be of particular interest to our Indian partners.

While developing MiG-35 we used the aerodynamic configuration of MiG-29 and it was our designers’ sensible and successful decision. Several number of surveys and comparative analysis of modern complexes (including the ones you are asking about) were conducted and we found that the “wing-fuselage platform” of MiG-29 is much better in comparison with its competitors’ platforms in terms of maneuverability and low visibility.

In order to achieve lowest visibility possible or, as our competitors call it the “stealth” effect, we have made airframe modification and have used innovative proprietary Russian coating, providing MiG-35 the maximal low radar-locating visibility.

Taking into account long years operational experience of the IAF and their requirements we have been analyzing through many decades of cooperation, “MiG” engineers have considerably modified the onboard defense complex and opto-electronic reconnaissance system stations used only in the most up-to-date 4++ and 5 generation aircrafts.

Make in India: Are you willing to transfer the critical technologies for making in India?

Of course, we are ready for that too. We fully understand India’s aspiration to be one of the first defense importers to shift from buying ordering not just the standard systems that are already in serial production, but also the state-of-the-art systems designed in accordance with India’s individual requirements.

Russia, like no other defense exporter, has been always willing to transfer technology along with the product to our time-tested partner. Our first under license production was set here, in India, back in the 1960s with the production of fighter MiG-21 being established in India. Since then there have been many lines of defense products of Soviet and Russian design set up in India. In fact, Russia offered `Make in India’ almost half a century back long before it became an established trend.

Yes, we are ready to transfer technology and necessary documentation to partner enterprises for production of our fighters in India. Above that we are ready to participate setting up the required infrastructure in India required to provide maintenance and support to our jets through their whole life-cycle.

Any plans on setting up a new ecosystem for the aerospace industry?

As mentioned earlier, we are interested in development of industry of India. That’s why we are working out a number of options how to improve the local infrastructure to better MiG-35 operation during the whole life cycle. Our vision is implemented in our new concept of MiG aircraft post-sale support, which is based on international PBL principles.

New post-sale support model implies transition from rendering separate on-request services and spare parts supply to a more comprehensive system of ensuring a set of final performance standards that among other things include set levels of armament serviceability, material operational reliability and full cost of armament system for the customer. This system will require closer cooperation with the Indian industry and localization of some key technological skills in India.

For quality aircraft support a team of Russian specialists needs to be present in the country for the whole post-sale support contract period. “MiG” is also planning to train and include into the technical team Indian professionals. This will help create new qualified jobs in the real sector of the Indian economy. As an example we are now launching a MiG-29UPG service center that will do the repair and maintenance of units and aggregates. We can carry out more centers of the kind typically in cooperation with the IAF and Indian companies.

In accordance with tender requirements and the Indian legislation we offer India an offset program that will include a range of works executed jointly with the Indian partner as well as transferring our production and maintenance technologies on a stage-by-stage basis. The final concept of offset program is to be approved by the Indian Ministry of Defence (MoD) at the contract signing stage.

I will reiterate we are ready to share our modern technologies and train staff, contributing to a better combat operability of the Indian Air Force and creating work places in India.

Do you think the Indian companies can absorb the Transfer of technology and build specific subsystems?

Indian specialists have already proved they can quite well and fast master technologies of Russian aircraft production. They know our equipment very well too: MiG—21 aircraft was manufactured in India under license, as is now MiG -29UPG being upgraded in India. No doubt, the already existing experience gives us a solid platform for a successful and smooth transfer of MiG-35 production technologies to Indian companies, which is, indeed, to our mutual advantage.

How expensive is Russia’s MiG-35 compared to the others?

MiG-35 is a better offer from the point of view of “cost-effectiveness”. The cost of the aircraft operation within its life cycle is 20% lower that competitors’, thanks to the fact that in the last years the Russian aviation industry has optimized many processes by which we have succeed in achieving effective result at lower cost.

I would also like to stress that we are offering not only a fighter, but the whole aircraft complex. By which I also mean infrastructure, computer-aided training system, most modern simulators, as well as modular system of post-sale support. Introducing the MiG-35 aircraft complex into its inventory, the IAF will get the new aircraft with many 5-gen capabilities, high fleet serviceability set up to required parameters and levels and a modern industrial infrastructure at an optimal cost as at the initial stage we can benefit from adjusting and building upon the existing infrastructure.

US Sanctions: what would be the mode of payment?

I am sure that given a long and glorious history of military-technical cooperation between Russia and India on a wide range of weapons systems we will find the forms of future cooperation that will be suitable and beneficial for both parties.