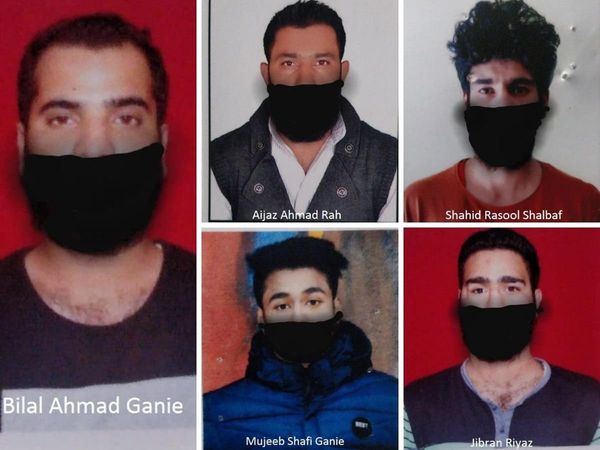 In a major breakthrough for security forces in Jammu and Kashmir, the Srinagar Police has solved a case of terror attack that led to the deaths of two Border Security Force jawans in the Valley’s Pandach area in May.

Five uncategorised terrorists of the Islamic State of Jammu and Kashmir who helped in transporting, logistics, planning and executing the attack have been arrested, and 2 ambulances and two-wheelers have been seized.

“District Police Srinagar solved the Pandach militant attack case which took place on 20 May 2020, in which 2 BSF jawans of 37 Battalion got martyred. The police had arrested 5 uncategorised militants of ISJK who helped in transporting, logistics, planning and executing the attack,” the Srinagar Police said in an official statement.

“During further investigation, four vehicles were detained, including two private ambulances functioning at Sher-i-Kashmir Institute of Medical Sciences, a motorbike and a scooty. Accordingly, an approval for the seizure of the above vehicles was sought from J&K DGP Dilbag Singh,” the police statement read.

As per the cops, the ambulance was used to transport militants from Bijbehara to Pandach in Srinagar. The motorbike and scooty were used to carry out the attack and escape after looting weapons from the injured jawans.

“The ambulance was used to transport militants back to Bijbehara from Srinagar. Furthermore, the categorised militants of ISJK involved in the attack have also been neutralised in two separate encounters at Zadibal, Srinagar and Hatigam, Bijbehara and looted weapons of BSF jawans have also been recovered,” the police said.

Defence News Vikas Gupta - September 29, 2020 0
SOURCE: PTIIt is an emotional and momentous occasion for Alang on Monday, as the dismantling of the world’s longest serving warship, INS Viraat,...