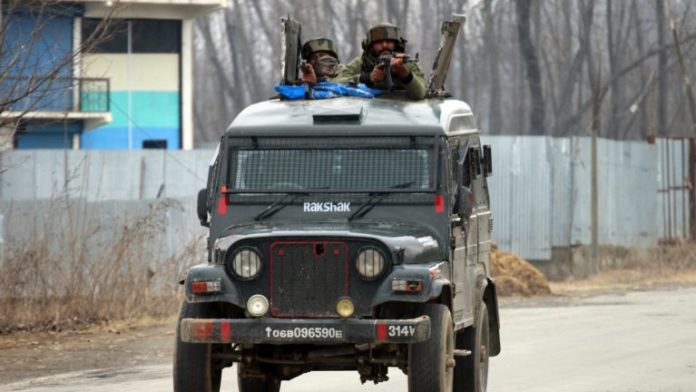 It is empirical wisdom that external support is a prerequisite for any insurgency. The insurgencies in the Northeast were initially supported by arms and ammunition from China and East Pakistan, and insurgents had their camps/bases in jungles of Myanmar and in hilly tracts of East Pakistan, now Bangladesh. In Jammu and Kashmir the external support comes from Pakistan. Left Wing Extremism in the Red Corridor is a notable exception. It primarily relies on smuggling from both external and internal sources, and hence, the insurgency remains rudimentary in nature.

Therefore, it is only logical that denial of external support becomes the sine qua non of a successful counter insurgency campaign. In the North East, this was achieved through diplomacy, coupled with necessary military operations in Myanmar with tacit cooperation of its government.  In Jammu and Kashmir (J&K), our strategic limitations do not allow us to force compellence on Pakistan, and hence, perforce we have to rely on the preventive measures and diplomacy to stop the external support.

Infiltration over the years

The number of terrorists killed in J&K from 1988 to date is 25,079. This implies that barring negligible exceptions, 25,079 terrorists with arms, ammunition and equipment were trained in Pakistan and infiltrated across the Line of Control (LoC). Over the years, the percentage of indigenous terrorists (residents of J&K) and Pakistani terrorists (Pakistan citizens mostly from Punjab) has been approximately 50 percent each. Thus, 12,539 indigenous terrorists would have gone across the LoC for training as also the Pakistani terrorists being turned over. A large number of couriers carrying arms, ammunition and equipment would also have been coming in annually to sustain the insurgency.

Since the number of terrorists in the Valley today is assessed to be 250-300 the logical question that arises is that why cannot the Army completely stop the infiltration and end the insurgency? More so, when as a policy we do not engage with Pakistan, militarily, we lack the decisive edge to force compellence and our political strategy suffers from ideological inertia. And our only strategy is to militarily manage the insurgency to ensure peace and development in the region.

Indian and Pakistan Army defend the LoC by occupying dominant tactical features and ridges all along its 740 km length, from Chenab River to NJ 9842 (map coordinates) in the Siachen Glacier. The posts held in company/platoon strength, are separated by deep narrow valleys or nalas with a height differential of 1000-2000 feet. These posts are 2-3 km apart as the crow flies but 2- 6 hours in terms of movement time. Infiltration takes place through these deep valleys and nalas. Paucity of troops prevents the Army from manning these areas 24 hours, and hence, they are kept under surveillance by patrol/ ambush parties. Scarce availability of manpower restricts the number of patrols in these vulnerable stretches.

After the 1987 assembly elections in J&K, the Valley witnessed frequent movement of Kashmiri youth for terror training across the LoC and their subsequent return as trained terrorists. This will remain a permanent blot on our Army because we came to know about this large-scale movement when insurgency exploded in Kashmir in 1990. Immediate measures were undertaken and the LoC was strengthened. An additional division was relocated to the Valley. The surveillance and security of the gaps were improved over the years but are still short of requirement.

Pakistan’s deliberate firing and competitive/punitive “fire fights” along the LoC impinge upon the surveillance and security of the gaps and by design/default facilitate infiltration. Then Prime Minister Atal Bihari Vajpayee’s policy of engaging with Pakistan and the unwritten ceasefire of November 2003 allowed us to focus on counter infiltration. A 550-km long fence was constructed at varying distances from the LoC to strengthen the counter-infiltration posture. Additional formations that were inducted for Operation Parakram were retained to man the fence in some sectors. The ceasefire was generally maintained till 2010. This reduced the infiltration considerably, breaking the back of insurgency in the Valley.

The challenge of zero infiltration

Zero infiltration is a theoretical goal, but reducing it to insignificant numbers is achievable. The number of terrorists who infiltrate is difficult to assess. The number of terrorists killed in the last 6 years (2014-2019) stands at 1,723. Currently, there are between 250 and 300 terrorists active in the Valley. This is the approximate minimum number Pakistan must maintain to convince the masses of victory in the long run.

Hence, at least 300 terrorists must be added each year by fresh infiltration. The figures can vary marginally taking into account the indigenously trained terrorists. As per my assessment, Pakistan will try to step up the insurgency by raising the average number of active terrorists to 500-600 to increase the violence as part of its long-term strategy. This will lead to a corresponding increase in infiltration.

The above analysis also indicates that our counter-terrorist grid in the hinterland, based on a grid of company bases, ensures area domination, generation of intelligence and short response time. As per GOC 15 Corps the life of a terrorist is only one year. Hence, what keeps the insurgency going is the fresh infiltration and replenishment of arms, ammunition and equipment, from Pakistan every year.