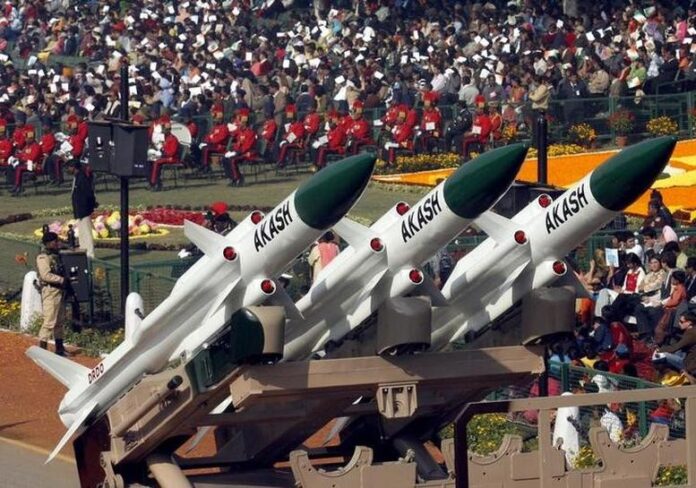 The recent banning of 59 Chinese smartphone apps by Prime Minister Narendra Modi’s Hindu nationalist BJP government is, at best, a feeble riposte to Beijing’s continuing military adventurism along the disputed Line of Actual Control (LAC). Senior military analysts in New Delhi said a more ‘robust’ response to the standoff between the Indian Army and the Peoples Liberation Army (PLA) in eastern Ladakh since early May was needed, and could involve fast-tracking the long-promised transfer of indigenous BrahMos and Akash missile systems to China’s neighbouring rival Vietnam.

“Little or nothing with regard to providing both missile systems to Hanoi has so far been done despite extended talks,” said a former two-star Indian Army officer, requesting not to be named.

Regardless of its bluster, the Indian government appears unwilling to further upset or rile the Chinese Dragon by making any untoward flanking moves towards Beijing’s adversaries, he lamented.

Since 2014, the BJP government has been in discussions with Vietnam to supply it the BrahMos anti-ship cruise missile with a 292 km range, as part of New Delhi’s proliferating bilateral strategic and military ties with Hanoi and to counter an increasingly militarist China.

These talks included the option of stationing a team of Indian technicians in Hanoi to provide the Vietnamese military instruction on the BrahMos whose transfer, official sources at the time in New Delhi four years ago maintained was imminent.

They also claimed that procedures on transferring BrahMos to Vietnam-and to other potential clients-had been resolved with Russia that had partnered India’s Defence Research and Development Organisation (DRDO) in designing and series building the world’s most lethal cruise missile in its class, which was also competitively priced.

Alongside, India’s Ministry of Defence is believed at the time to have instructed BrahMos Aerospace, which manufactures the cruise missile in Hyderabad to increase its production to meet potential orders from Vietnam. Other countries like Indonesia, Malaysia, Philippines and Thailand had also expressed interest in acquiring BrahMos, but little had progressed.

Configured on Russia’s 3M55 Oniks/Yakhont system (NATO designation: SS-NZX-26) and named after the Brahmaputra and Moskva rivers in India and Russia, the 8.4 m long, air-breathing BrahMos is a two-stage vehicle with a solid propellant booster and a liquid propellant ram-jet system. It is capable of being launched from ships and its variants from mobile, land-based platforms.

The DRDO has also successfully mated the BrahMos-A air-launched cruise missile with Indian Air Force (IAF) multi-role Russian Sukhoi Su-30MKI fighters. In June the Bangalore-based Centre for Military Airworthiness and Certification (CEMILAC) formally granted the BrahMos-A fleet release clearance to operate combat missions. The DRDO is also in advanced stages of arming and Indian Navy (IN) submarine with the BrahMos.

“Providing Vietnam with the BrahMos and the Akash would not only be a major strategic move by India in countering China, but also a boost for the government’s material export policy projected to hit $5 billion by 2025,” said former Air Marshal V.K. Bhatia. It’s time India shed its diffidence and inhibitions by taking on China, added the highly decorated IAF fighter pilot who has served extended tours of duty along the LAC.

Pushing its advantage, India also opened talks with Vietnam in late 2016 over the possible sale to Hanoi of its indigenously developed Akash surface-to-air (SAM) missile with a 25km strike range against aerial targets like fighters, helicopters and unmanned aerial vehicles.

But Chinese belligerence in response to both Indian missile offers to Vietnam spooked the BJP into ineptitude.

In November 2017, the Global Times, China’s Communist Party newspaper, tactlessly declared that any moves by India to step-up military ties with Vietnam to counter China will create “disturbance” in the region and Beijing will not “sit with its arms crossed.

“When India and Vietnam are in talks about possible (weapon) sales, New Delhi seems to keep taking a sneak peak at Beijing, as if the deal is aimed stealthily at China” raved the Communist Party mouthpiece. The paper also waned Delhi against ‘turning hostile’ by picking sides ‘at the cost of suffering enormous losses of development opportunities’, a euphemism for Beijing launching economic embargoes and impediments against India.

Thereafter, little or nothing has been heard from Delhi regarding the supply of either the BrahMos, the Akash or both missile systems to Vietnam, in what many recall to be a tiresome flashback to promises by former prime minister Narasimha Rao of transferring the tactical Prithvi surface-to-surface short-range ballistic missile to Hanoi in the early 1990’s.

As part of his ‘Look East’ policy, Rao is believed to have discussed the ‘possibility’ of transferring Prithvi to Vietnam, not only to further long-standing bilateral ties, but also as a counter to China that continued supplying assorted missile systems to its strategic, military and nuclear ally Pakistan for employment against India.

Two decades later Modi, in his initial flush of political ascendency and foreign policy initiatives after assuming office in 2014, upped the ante by promising Vietnam the bigger and better BrahMos missile system under his ‘Act East’ policy alongside Akash. Woefully, six years later Vietnam remains a semantical victim of contending catchy mantras, but without a credible missile system to deter China.

As for India, little has changed. Beijing continues its missile and military co-operation with Islamabad under the even greater stranglehold of the China-Pakistan Economic Corridor that is linked to the current crisis along the LAC. The narrative is simple: If China can effectively use Pakistan as its surrogate to strategically immobilise India, why can Delhi not do the same with Hanoi?

Perhaps now is the time, as many serving and retired Indian military-men believe, to kickstart talks with Vietnam which too is locked in conflict with Beijing over continuing tensions in the South China Sea. These spiked recently in April after a Chinese Coast Guard vessel deliberately rammed into and sank a Vietnamese fishing boat.

Possibly, the newly appointed chief of defence staff General Bipin Rawat, the singe-point conduit between the military and the government has an answer. Or not.