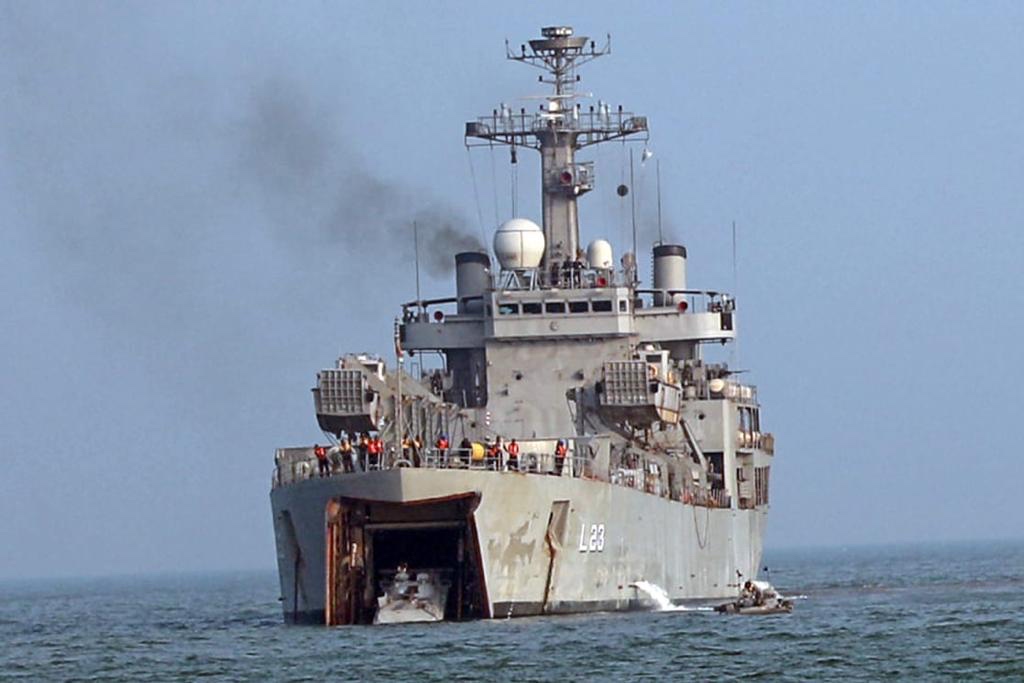 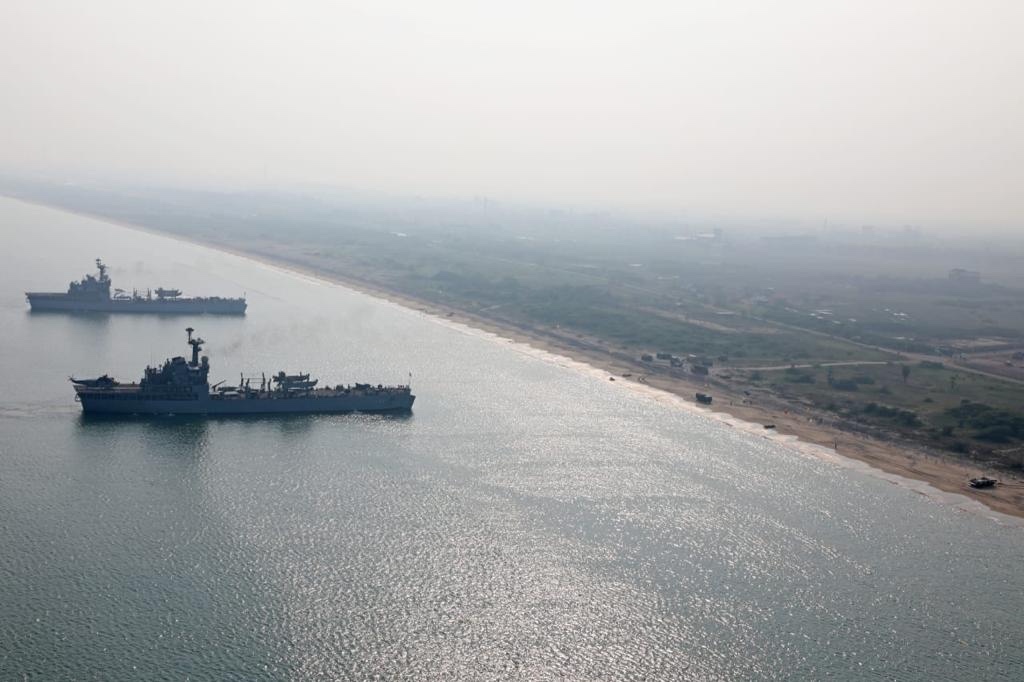 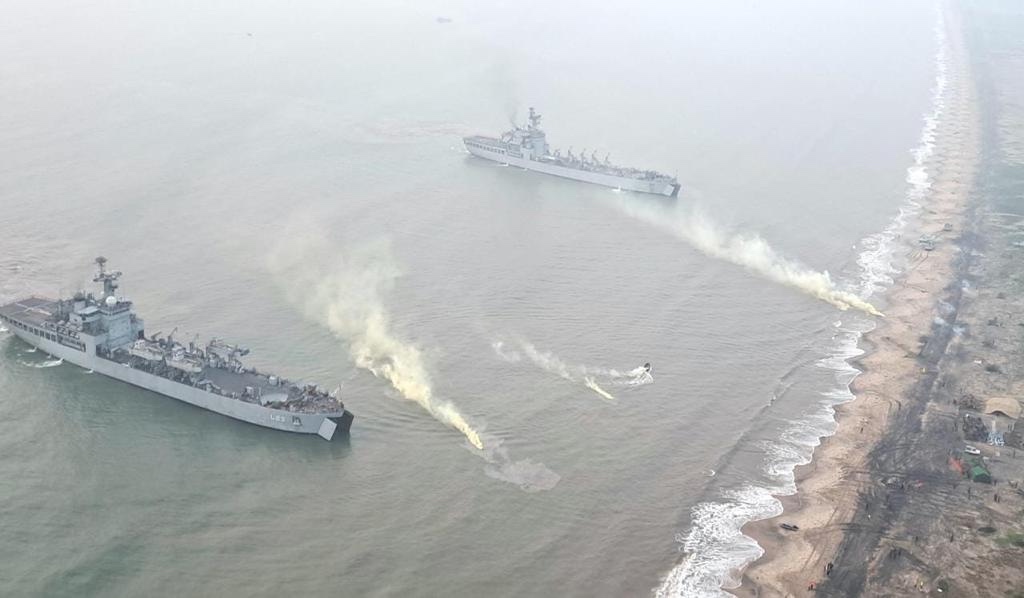 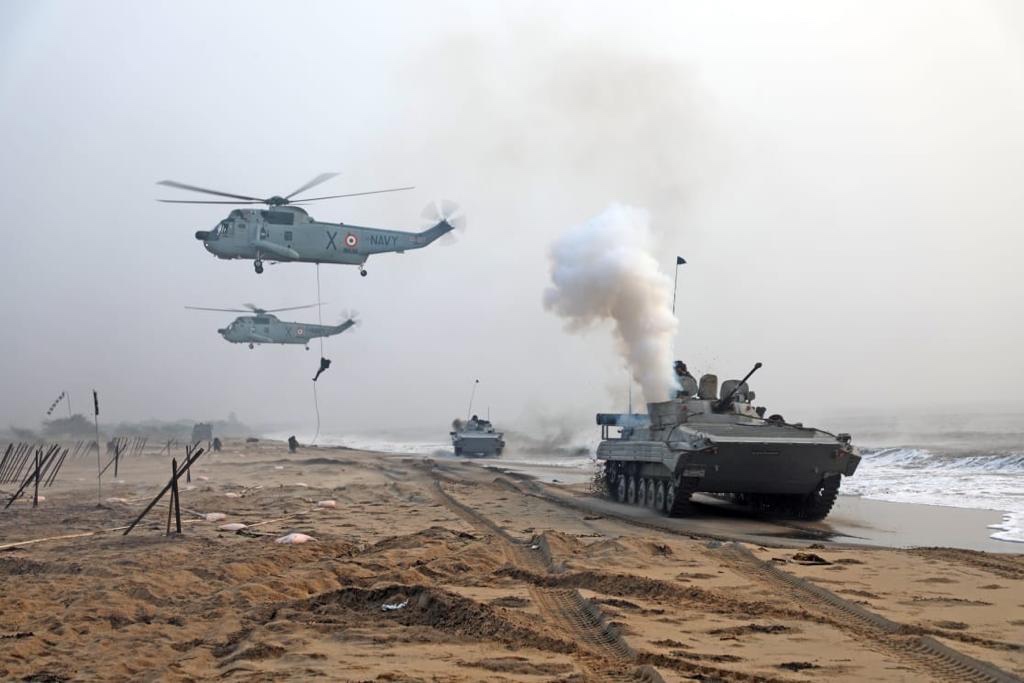 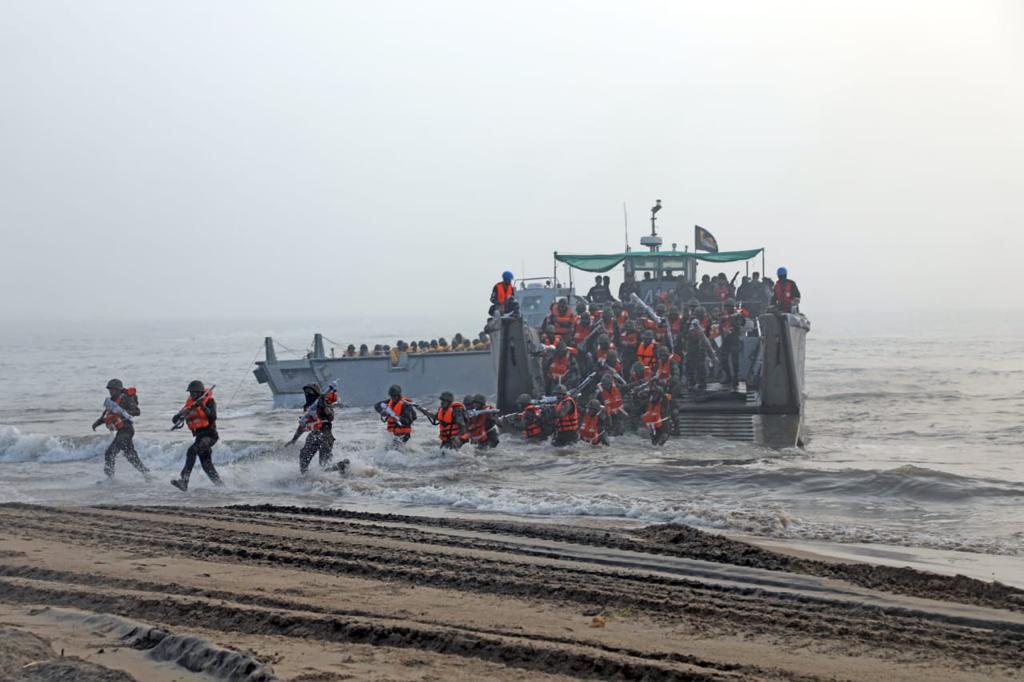 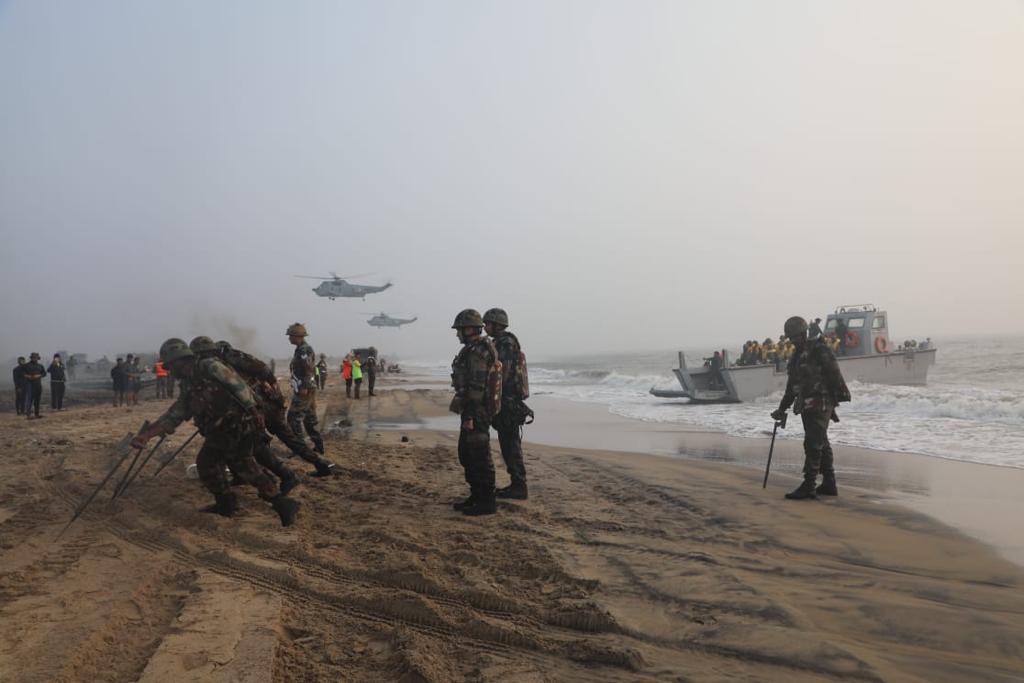 AMPHEX is aimed at the joint training of elements of the three services in amphibious operations to improve interoperability and synergy. AMPHEX 23 is the first time the exercise has been undertaken at Kakinada, and was the largest AMPHEX ever conducted to date.

Participating forces undertook complex exercises in all areas of amphibious operations for five days. The exercise culminated in a successful amphibious assault which was reviewed by Vice Admiral Sanjay Vatsayan, Chief of Staff Naval Command Eastern, in the presence of Force Commanders from the Indian Navy and the Indian army.

The exercise saw the participation of a number of amphibious vessels, including a Large Platform Dock (LPD), Landing Ships and Landing Craft, Marine Commandos (MARCOS) and helicopters and aircraft of the Indian Navy.

AMPHEX 2023 successfully demonstrated the amphibious capabilities of the three services and validated the excellent coordination that exists between them to undertake the full spectrum of amphibious operations.