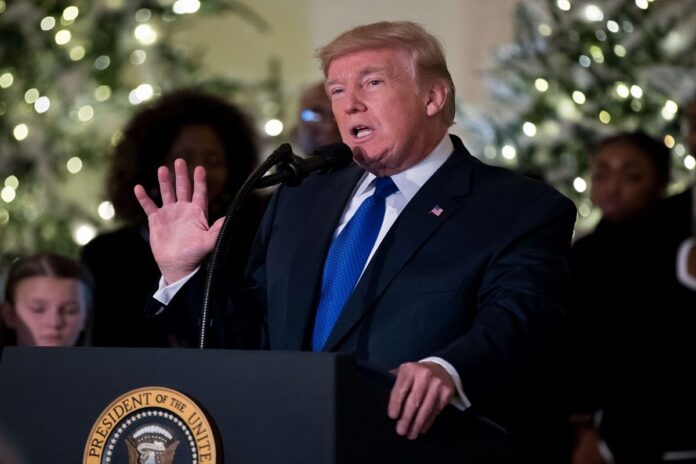 “I don’t want to get out in front of the President (Donald Trump), but it’s something we’re looking at,” Pompeo said in an interview with Fox News.

Trump’s announcement comes days after India, in a diplomatic reaction to Chinese aggression along the Line of Actual Control (LAC) in eastern Ladakh, last week banned 47 more apps in addition to the 59 Chinese applications, including TikTok, Shareit, UC Browser and Xiaomi’s Mi Community over national security concerns on June 29.

The Indian and Chinese armies have locked in a bitter standoff in multiple locations in eastern Ladakh for more than two months now, and the tension escalated manifold after 20 Indian soldiers were killed in a violent clash in Galwan Valley on June 15.

Upon receiving of recent credible inputs that such Apps pose threat to sovereignty and integrity of India, the Government of India has decided to disallow the usage of certain Apps, used in both mobile and non-mobile Internet-enabled devices, a ministry statement read.

The Government also asserted that this move will safeguard the interests of crores of Indian mobile and internet users.

The United States had widely encouraged the action and some prominent lawmakers also urged the American government to follow suit as it is believed that the short video-sharing app TikTok is a major security risk to the country.

Former US Ambassador to the UN, Nikki Haley had also lauded the move saying “India is continuing to show it won’t back down from China’s aggression”.

Earlier on Thursday, US Secretary of State Mike Pompeo had said that China’s territorial claims in Bhutan and the recent incursion into Indian land are indicative of their intentions and added that Beijing under Preisdent Xi Jinping was trying to find out whether other countries are going to push back.

He said that with its incursions into the territories of its neighbours, China is “testing the world” and “probing to see if we are going to stand up to their threats, to their bullying.”

“They talk about bringing socialism with Chinese characteristics to the world. Claims that they have now made for real estate in Bhutan, the incursion that took place in India, these are indicative of Chinese intentions, and they are testing, they are probing the world to see if we are going to stand up to their threats and their bullying,” Pompeo said.

It is going to take a global effort to confront the Chinese Communist Party, Mike Pompeo said and mentioned the “idea of a new alliance of democracies” for this. He said there was a lot discussions with “friends in the region” about the shape it would take.

“We are working diplomatically to build out a set of relationships, whether that is a part of a formal organisation or not, I am not sure I know the answer to it yet,” he said.

China has maritime conflicts with Malaysia, Indonesia, Brunei, the Philippines, Vietnam, Japan and Taiwan and has increased its aggressive conduct in the region even as its troops clashed with the Indian Army in Ladakh.

China is engaged in hotly contested territorial disputes in both the South China Sea and the East China Sea. Beijing has built up and militarised many of the islands and reefs it controls in the region. Both areas are stated to be rich in minerals, oil and other natural resources and are vital to global trade.

China claims almost all of the South China Sea.

The US-China military frictions are on the rise with the US navy stepping its patrols in the disputed South China Sea as well as the Taiwan Straits. Washington and Beijing are also engaged in a war of words over the origin of the Coronavirus pandemic and also on trade deals.