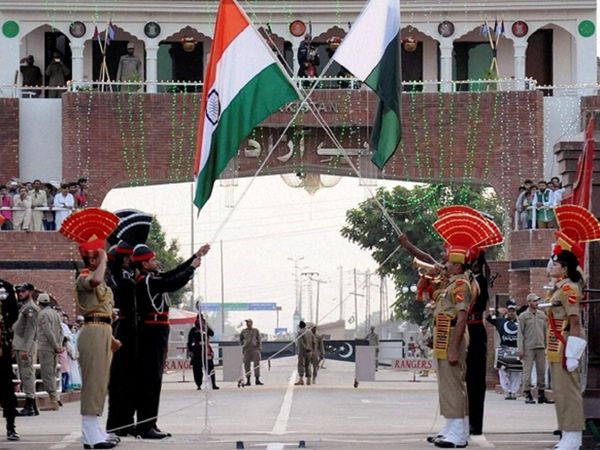 After India asked Pakistan to reduce its diplomatic staff in India by half following the detention of two Pakistani spies this month, Pakistan sent back over three dozen Indian officials to India in a clear tit-for-tat response. As many as 38 Indian High Commission officials, including six diplomats, reached the Wagah border to return home. The officials reached the border in two buses and a truck. Among them were a first secretary, two second secretaries and three attaches.

Meanwhile, around 143 officials of Pakistan High Commission in India also reached the Attari-Wagah border to return to their own country. While speaking to media, Protocol Officer Arun Pal Singh said, “As per our information, 143 people have reached Wagah Border to go to Pakistan. They are Pakistani citizens, who used to work at the Pakistani Embassy in New Delhi.”

Back on June 23, the Ministry of External Affairs (MEA) summoned Charge d’ Affaires of Pakistan Syed Haider Shah and informed that India had repeatedly expressed concern about the activities of officials of Pakistan High Commission.

The government’s decision to reduce the strength of high commission officials by half was conveyed to Shah and he was also told to act on it within seven days.

While announcing its decision, the MEA had said that Pakistan High Commission officials have been engaging in acts of espionage in India and maintaining dealings with terrorist organisations.

It should be noted that the decision was taken in the wake of the detention of two Pakistani High Commission officials, who were caught spying in India and were immediately sent back to Pakistan.