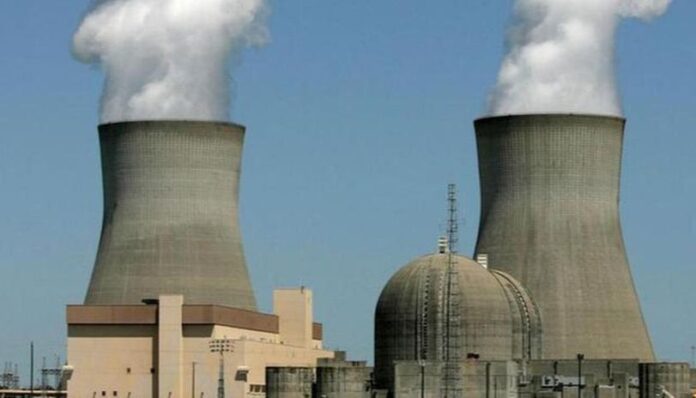 There is no proposal under consideration at present to allow the private sector in the area of nuclear power generation, Union Minister of State for Atomic Energy and Space, Dr. Jitendra Singh, has said in a written reply in Lok Sabha. However, private players participate in the nuclear power sector by providing core reactor components, equipment, materials, and services in areas that include construction, fabrication, and erection of equipment, piping, electrical, instrumentation, consultancy, auxiliary and logistical services.

In a separate response, Dr. Jitendra Singh said the present policy on FDI puts atomic energy in the list of prohibited sectors. However, there is no restriction on FDI in the nuclear industry for the manufacturing of equipment and providing other supplies for nuclear power plants and related other facilities.

The Minister also informed that during the last three years and the current year, the government has accorded administrative approval and financial sanction for the construction of 12 nuclear power reactors with an aggregate capacity of 9000 MW. Ten indigenous 700 MW Pressurized Heavy Water Reactors (PHWRs) will be set up in a fleet mode and two units of Light Water Reactors (LWRs) will be set up with Russian assistance to enhance nuclear power capacity in the country.

The capital investment for nuclear power projects is being funded with a debt to equity ratio of 70:30. The equity part is funded from the internal resources of Nuclear Power Corporation of India Limited (NPCIL) and government budgetary support.

Ambitious renewable energy plans
The Modi government has set an ambitious target to set up renewable energy capacities to the tune of 175 GW by 2022, of which about 100 GW is planned for solar, 60 GW for wind, and others for hydro and bio among other. India’s renewable energy sector is expected to attract investment worth USD 80 billion in the next four years.

The use of renewables in place of coal will save India Rs 54,000 crore (USD 8.43 billion) annually and renewable energy will account for 55% of the total installed power capacity by 2030, according to a government report.