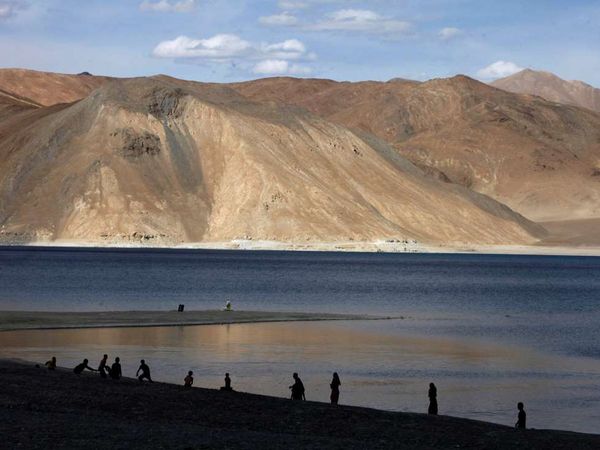 Leading daily The Hindu had claimed that Chinese troops had now occupied positions on Finger 2 and 3 on the northern bank of Pangong Tso. The PIB Fact Check Twitter handle dubbed it fake news. The PIB further said that the Indian Army has also refuted the claim.

The newspaper had made the claim basis a statement by former BJP MP Thupstan Chhewang. The former Ladakh MP had claimed that Chinese troops had come in further in the Indian territory at Pangong Tso.

However, the PIB today tweeted:

The development came as India described the ongoing border standoff with China along the Line of Actual Control in eastern Ladakh as the “worst crisis” in decades.

Foreign Secretary Harsh Vardhan Shringla said on Thursday said India had dealt with the issue with “firmness and maturity”.

He was speaking at a leading think-tank in Paris, the Institut Francais des Relations Internationales (IFRI).

“Despite the pandemic, we have dealt with the worst crisis in decades on our border with China and we have done so with firmness and maturity. At the same time, we have continued to ward off terrorism from across our western border,” he said.

“Our immediate challenges have not distracted us from broader strategic goals, especially in the Indo-Pacific Region, where we are moving purposefully at multiple levels to create an open, inclusive architecture. India is emerging at the centre of a network of initiatives,” he added.

India and China have been involved in a standoff along the LAC in eastern Ladakh since April-May. The friction points include Pangong Tso, Depsang, Gogra-Hotsprings, Galwan Valley among others.

ISRO and Russian satellites come within 224 meters of each other; how dangerous is this? – Defence News of India