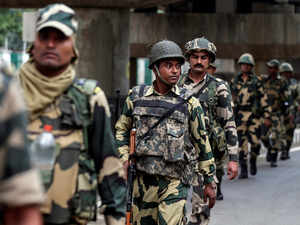 In a major breakthrough, the troops of Indian Army in a joint operation with Assam police busted a recruitment racket of ULFA (Independent) and rescued a minor from Charaideo District of Upper Assam.

United Liberation Front of Assam (independent) is a proscribed militant outfit.P Khongsai Public Relation Officer (Defence) Guwahati said, “Based on a specific input, the joint teams launched a well-coordinated operation spread over Charaideo and Dibrugarh Districts of Assam. During the operation, the teams apprehended one hardcore cadre and four Over Ground Workers (OGWs) belonging to the proscribed group. The apprehended persons were allegedly involved in a recruitment racket in the region.

The rescued minor identified as Romen Orang was newly recruited and has been handed over to his parents in presence of villagers after counselling. The teams also recovered one 7.62 mm Pistol, 2 rounds of ammunition, mobile phones and SIM cards.”

Khongsai added, “The parents appreciated the efforts of security forces and also expressed their gratitude for the compassion in the safe return of their ward. The apprehended individuals and recovered items have been handed over to Assam police for further investigations”.