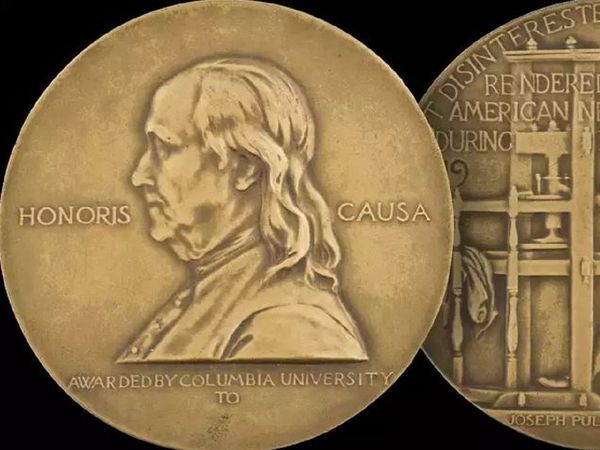 More than 100 Indian dignitaries, including Padma awardees, vice-chancellors of Indian universities, retired bureaucrats, Olympians, retired defence personnel, have written a letter to the administrator, board, and jury of the Pulitzer Prize 2020. Saying it is endorsing fake news and terror in India, the dignitaries have objected to the Pulitzer awarded to photojournalists from Jammu and Kashmir, and the citation that came with their awards.

This comes after three Indian photojournalists – Channi Anand, Mukhtar Khan, and Dar Yasin – of the Associated Press news agency were given the 2020 Pulitzer Prize in the Feature Photography category for their coverage on Kashmir on May 5. The letter addressed to administrator, board, and jury of the Pulitzer Prize 2020, begins with highlighting the usage of the term like ‘Contested territory’ in the citation stating that it is an attack on the Sovereignty and Integrity of India.

“Your website mentions the names Channi Anand, Mukhtar Khan and Dar Yasin of Associated Press for the Pulitzer prize with a citation – ‘For striking images of life in the contested territory of Kashmir as India revoked its independence, executed through a communications blackout,” the letter reads.

“To begin with, by using the term ‘Contested territory’ for ‘Kashmir’, you exposed yourself by showcasing your poor knowledge and understanding of historical facts related to Jammu-Kashmir. The usage of the term like ‘Contested territory’ is an attack on the Sovereignty and Integrity of India and disrespect to the Constitution of India because Jammu Kashmir is an integral part of India and there is no dispute about it.

Read the ancient history of India, and you will find that this state has been one of the most prominent parts of India for the last several centuries. Walter W. Lawrence in ‘The Valley of Kashmir’ wrote, “Kashmir can claim the distinction of being the only region of India which possesses an uninterrupted series of written records of its history, reaching back beyond the period of the Mohammedan conquest and deserving the name of real chronicles,” it adds.

Terming their work as photography of lies, misrepresentation of facts and separatism, the letter singles out valley-based photojournalists –  Mukhtar Khan and Dar Yasin.

“The purpose of the Pulitzer Prize is to encourage free journalism. Ironically, by giving the prize to photographers like Dar Yasin and Mukhtar Khan, you are promoting journalism and photography of lies, misrepresentation of facts, and separatism. We have not included the name of Channi Anand here because his photo does not malign India and unlike the other two photojournalists, it does not use the term ‘Indian controlled Kashmir.’ What we find more shocking is that before conferring this prize, you did not even bother to check whether these reporters/photographers have been telling the truth to the world!!” It reads.