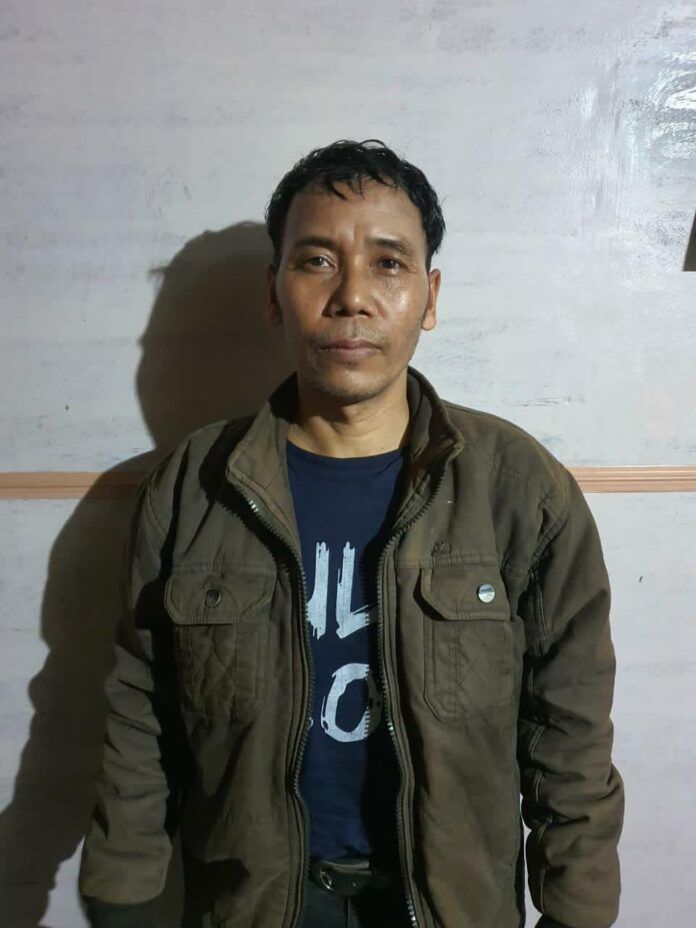 Last month, the dramatic surrender of Manoj Rabha, alias Drishti Rajkhowa, one of the most dreaded militants from India’s Northeast, made headlines throughout the region. Rajkhowa was the deputy commander-in-chief of the United Liberation Front of Asom (Independent), or ULFA (I), an organization that is struggling with a depletion of its strength following a split in 2011.

Trained in Myanmar and the Afghanistan-Pakistan (Af-Pak) border region, Rajkhowa was involved in a number of sensational operations. His surrender came as a big relief for Indian security agencies as well as Assam police who had been trying to track him down for several years.

Rajkhowa, now in his late 40s, claimed his surrender was necessitated by his wife’s deteriorating health. She is currently undergoing treatment for cancer.

ULFA (I) chief Paresh Baruah, believed to be in China’s Yunnan province, has officially relieved Rajkhowa of his organizational responsibilities because of his family problems, according to a press statement issued by the outfit. Myanmar-based ULFA commander Michael Deka Phukan has been appointed as the new deputy commander-in-chief of the militant group.

Bangladesh security agencies had been looking for Rajkhowa for quite some time due to his alleged involvement with criminals and his unlawful activities inside the country.

How he laid down arms

The fact that Rajkhowa kept changing his hideouts between Bangladesh and the Garo Hills in India’s Meghalaya state was known to both the police and security agencies. However, their attempts to nab him had proved futile in the absence of any credible lead.

Rajkhowa had close links with the Garo National Liberation Army (GNLA), a Meghalaya-based militant outfit, which has been lying dormant for quite some time. It is believed Rajkhowa was trying to revive the outfit, and his surrender came as a decisive blow to the GNLA’s possible resurgence in the state.

On Nov. 11, he laid down arms along with four associates in Meghalaya. He was subsequently brought to Guwahati, Assam’s capital, with the assistance of the Military Intelligence (MI).

The ULFA started sending its cadre to Myanmar in the late 1980s. To be precise, the first batch reached Kachin in 1987. It was the ULFA and the People’s Liberation Army from Manipur that established links with the Kachin Independence Army (KIA) around that time.

The KIA was impressed by the performance of the ULFA militants in various operations jointly carried out inside Myanmar. But plans for a long-time association hit roadblocks after the Kachin rebels reportedly made a pact with an Indian intelligence agency, the Research and Analysis Wing (RAW), in 1989, Bhattacharyya said.

“According to the deal, RAW would supply weapons to the KIA on the condition that the latter would stop harboring militants from India’s Northeast. Later it emerged that the Indian intelligence agency had been trying to secure this deal for a long time,” Bhattacharyaa added.

After the pact, the KIA had expected a large consignment of arms, but that did not materialize. It has been learned that only two consignments had reached the Kachin rebels through Vijay Nagar in Arunachal Pradesh’s Changlang district, bordering Myanmar.

The KIA, founded in 1960, is a powerful ethnic armed group based in the Kachin Hills of northern Myanmar. It has trained several ethnic insurgent organizations, including the Arakan Army and Indian insurgent groups.

From Myanmar to Bangladesh to Af-Pak

Rajkhowa, a resident of Assam’s Goalpara district, joined the ULFA in 1988. Perhaps a year to two later, he sneaked into Myanmar and underwent arms training at the camps of Nationalist Socialist Council of Nagaland (Khaplang), or NSCN (K), located in northern Sagaing Region.

Khaplang, who passed away on June 9, 2017 at the age of 76, had established a good rapport with several Northeast-based militant groups during the 1980s when he was the vice-president of the undivided NSCN. By the mid 1980s, outfits such as Manipur’s PLA and the ULFA were allowed to set up camps in northern Sagaing region by the Nagas. From there, they would proceed to Kachin for advanced training.

Rajkhowa, however, could not go to Kachin after the RAW’s involvement in the KIA’s affairs. Instead, he stayed in the Naga base in Myanmar for two years or so before he was shifted to Bangladesh, where the ULFA had been running camps along with the All Tripura Tiger Force (ATTF), another rebel group from the Northeast, in the Satchari National Park.

The fact that these camps housed an “ammunition dump” was established in June 2014 when Bangladesh’s Rapid Action Battalion unearthed a large cache of weapons, including 200 rocket launchers and 200 mortar shells, machine guns, and ammunition from nine bunkers, some reportedly 50 feet deep, inside the national park. The area is close to the Tripura border in India.

Rajkhowa was a trusted lieutenant of Paresh Baruah, who wanted his commanders to be highly trained in arms and explosives. In 1996, Rajkhowa was shortlisted for explosives and RPG (rocket-propelled grenade) training at a camp on the Pakistan-Afghanistan border, organized by the notorious Pakistani spy agency, the Inter-Services Intelligence (ISI). These details were later shared with the Assam Police by a mole who had been planted in the ULFA. He completed the two-month training and returned to Bangladesh.

A hardened militant, Rajkhowa stayed put in Bangladesh’s Sherpur, close to the Garo Hills in Meghalaya. His unwavering loyalty to his mentor Paresh Baruah became evident during the 2011 split in the organization when a group of top functionaries led by then chairman Arabinda Rajkhowa, alias Rajiv Rajkonwar, joined peace talks with India’s federal government.

Drishti Rajkhowa did not join the group in favor of talks and continued to operate from his Bangladesh and Garo Hills hideouts. Subsequently, he was made deputy commander-in-chief of the ULFA (I), as the outfit came to be known as after the split.