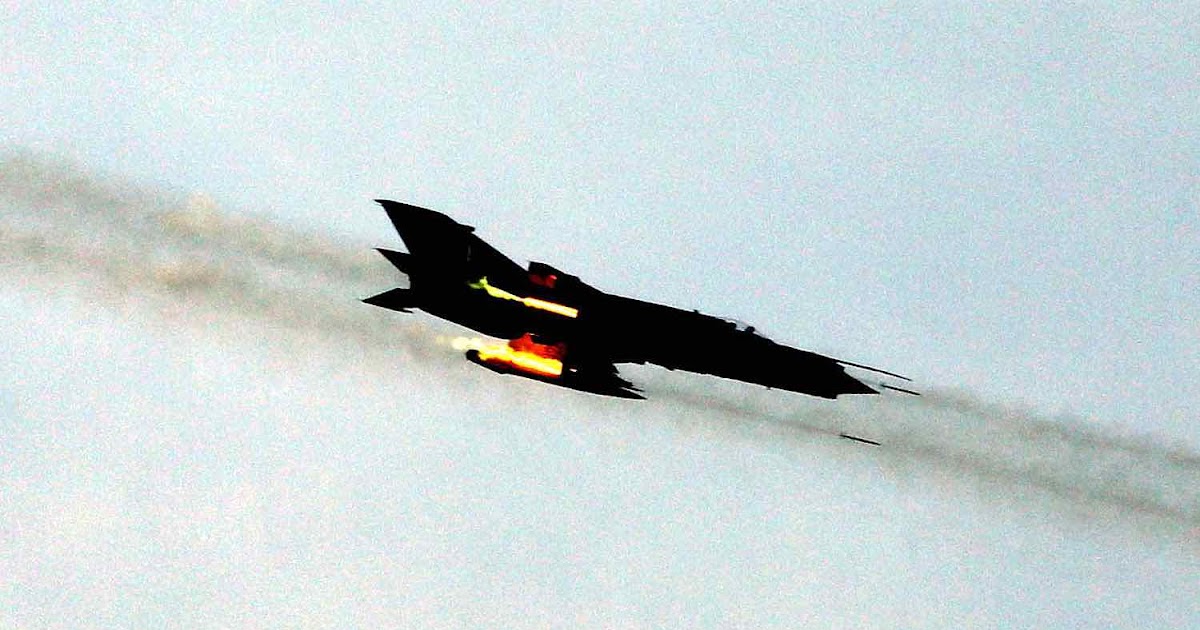 For decades there has been an ominous inevitability regarding the periodic news of another, and then yet another, Indian Air Force (IAF) frontline MiG-21 fighter crash, all too often accompanied by the dark announcement that the pilot, often two of them, had not been able to save themselves and had lost their lives. The statistics are astonishing: out of 874 MiG-21 fighter variants that have entered service since 1963, more than 400 – almost half of the total number – have been lost in accidents. Some 200 IAF pilots lost their lives in these flying accidents because, for one reason or another, they were unable to eject and parachute safely. There are only a few dozen of these fighters left in IAF service, but the crash of a two-seat MiG-21 Type 69 trainer near Barmer on Sunday demonstrated that they continue to take an appalling toll from young lives.

The MiG-21 is the most-produced supersonic jet aircraft in aviation history, with 60 countries having built or flown 11,500 of these aircraft. Yet there are also reasons why the MiG-21s earned the moniker: Flying Coffins or Widow Makers. Above all, the MiG-21 is the most difficult fighter to fly. To take off for its primary mission, which was originally to carry out high-speed, high-altitude interceptions of American bombers, it must be accelerated to a speed of 340 kilometers per hour on the ground – almost twice the speed of most contemporary bombers. fighters. It lands at almost the same speed, leaving very little time for the pilot(s) to react to any emergency. Second, jet ejection is a dangerous activity with spinal injuries inevitable when a pilot’s spine encounters the atmosphere at speeds significantly greater than other fighter jets. This can lead to pilots’ reluctance to eject from the fighter in time. Former IAF chief Air Chief Marshal BS Dhanoa alluded to this during a television interview on Monday while lamenting the high number of pilot fatalities in MiG-21 crashes in the over the years. “More than 200 pilots were killed in [MiG-21] blocks itself. They are supposed to eject. Why didn’t they eject? That’s what hurts me,” said Dhanoa, an experienced MiG-21 pilot who jumped out of a fighter in distress.

Finally, according to the assessment of combat aviation experts, as well as the IAF investigative courts, an undeniable reason for the high number of MiG-21 accidents is the inability of military supply mechanisms , in particular the Ministry of Defense (MoD), to procure modern fighter jets, in large numbers needed to replace the remaining MiG-21 squadrons. The Tejas Light Combat Aircraft (LCA) project was designed to provide a large number of light and inexpensive fighters that would replace the MiG-21. But instead of working hand-in-hand with the Aeronautical Development Agency (ADA) to develop and certify the Tejas, the IAF continued to demand greater capabilities from the Tejas, leading to cascading delays in the commissioning of the native hunter. Now, with two squadrons of the Tejas Mark 1 in service and four squadrons of the Tejas Mark 1A on command, there is real hope that a large number of Tejas fighters can replace the MiG-21. The IAF and the MoD must also accelerate the long-delayed acquisition of 114 twin-engine multi-role fighters, which will be needed to replace the IAF’s heavier aircraft so that the number of squadrons remains at the desired number of 42.