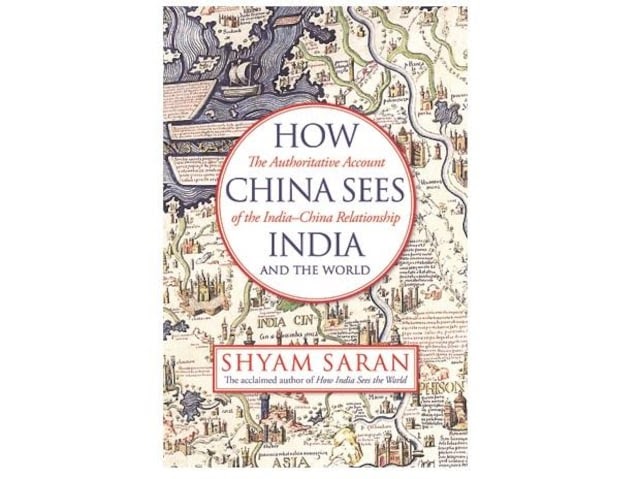 How China sees India and the world

After its first well-received publication in 2018, How India Sees the World: Kautilya in the 21st CenturyShyam Saran achieves further success with her second book, How China sees India and the world. It is a succinct and concise reader to get the Chinese novice up to speed, while presenting more experienced Chinese hands with a concise compilation of facts. In 18 short chapters (the longest of which is only 24 pages), Saran covers a lot of ground, dividing the chapters into diverse topics such as: “A Chinese account of its history”, “China’s emergence as a sea ​​power” and “India as a teacher by negative example”. There are both problems and solutions in such a methodology. On the one hand, the book lends itself to being used as a reference text, the reader directly accessing, via the table of contents, the chapter to which he wishes to refer. On the other hand, if the general subjects are easy to access, the limited length of the chapters prevents the author from deepening the individual subjects.

Mr. Saran’s credentials for authoring a book on China are exceptional, perhaps even unique. He served in the Indian Embassy in China after learning to speak and read Mandarin fluently. During a distinguished diplomatic career, he represented India in many vital negotiations, such as those leading to the US-India nuclear deal. At the peak of his career, Mr. Saran served as India’s foreign minister, the prime minister’s special envoy for nuclear affairs and climate change, and chairman of the National Security Advisory Council. Unlike so many diplomats, administrators and even spies, Mr Saran walked virtually every inch of the border he – as one of India’s most trusted ambassadors – was tasked with. to protect on the crucial negotiation tables.

Mr. Saran begins this captivating book by describing the geopolitical foundations of Chinese civilization, the heart of which lies in the middle of the Huang He (Yellow River) and the Yangzi Jiang (Yangzi River). Anthropologists have already observed that whatever political authority controlled this homeland of 400 million Han Chinese, almost inexorably extended its power beyond.

Mr. Saran, almost by implication, prolongs this phenomenon. It would seem that the existence of the People’s Republic of China (PRC) as a geopolitical entity is shaped by the struggle between the unifying force of the central government of the North; and the growing, potentially fragmented, economic prosperity of the South. Thus, the periodic internal tensions that we see between the government in Beijing and the coastal regions of the southern coast date back to the last 2,000 years.

The author forcefully refutes Beijing’s carefully constructed modern narrative that its ambitious trade initiatives, such as the Belt and Road Initiative (BRI), go far back in history in the form of the various roads of the silk, which had Beijing as a hub. He says, “An imaginary story is put forward to legitimize China’s claim to Asian hegemony”… with the Western, and even Indian, elite subscribing to this view. But Mr. Saran rightly points out that little in history supports the proposition that China has always been the center of the Asian universe and its economic hub.

The Chinese’s ambivalent attitude towards soldiers is evident in the proverb that you can conquer the empire on horseback, but you cannot rule it from there. However, despite the occasional denigration of the soldier’s craft in Chinese tradition, the country’s literature betrays as much admiration for physical and military prowess as that of any other. Chinese classics and histories frequently depict wars and the ancient concept of the Mandate of Heaven, which assumes that a righteous ruler will gain power by triumphing in battle. As an Australian National University China scholar, Rafe de Crispigny, emphatically observes: “Regardless of rituals and claims to moral virtue, each emperor held power because he was the recognized descendant of the man who won the last civil war, and each kept his throne as long as the most powerful army in the empire continued to obey him, whether he was simply seeking to maintain his position, to expand his territory or simply to make in the face of enemies on the border, force was the ultimate argument of every Chinese leader.

Mr Saran, who has been heavily involved as foreign minister with the Tibet issue in the Sino-Indian territorial dispute, unsurprisingly refutes Beijing’s continuing claim to Tibet on the grounds that at several points in the n history, the Chinese emperor ruled from Beijing or Changan over the entire Tibetan plateau. He points out that in the 7th century, Tibet also became a mighty empire under its king, Srongtsen Gampo. Under the Fifth Dalai Lama, Tibet attacked Ladakh, an outbreak of hostilities that only ended with the signing of the Treaty of Tingmosgang in 1684. This drew a boundary between the two sides, which incorporated colloquial names: the border bisected Pangong Lake and further south was located at the Demchok River. Mr Saran concludes that the 2020-21 clashes in Ladakh may be due to Beijing’s misinterpretation of the customary border, which was never attached to the treaty document.

Mr. Saran’s book will be widely read among South Asian scholars. It would be extremely helpful if a second expanded edition were published with more details.