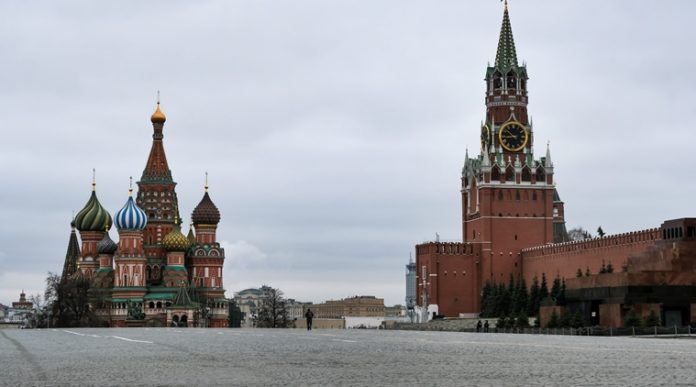 While the four Indian Air Force (IAF) fighter pilots selected to be trained as astronauts for the country’s first manned space flight may have been motivated by the adventure of space travel, they would not have anticipated the series of events triggered by the spread of the novel coronavirus.

A couple of months after their training began at the Gagarin Cosmonaut Training Center (GCTC) in Star City near Moscow, it has been put on hold — and the pilots remain confined to their rooms while Russia grapples with the pandemic. Russia had reported nearly 1 lakh positive cases, with 972 deaths until Wednesday evening.

“The four astronauts-elect are in good health. The highly professional medical experts of GCTC are constantly observing them,” Director General of Glavkosmos JSC Dmitry Loskutov told The Indian Express. Glavkosmos is the Russian government-owned space business company, which signed a contract with the Indian Space Research Organisation (ISRO) in June 2019 for the training of the Indian astronauts.

“The lockdown has strongly been recommended for the astronauts-elect, as well as for the GCTC personnel. The decision to resume the full-scale training will be taken after a thorough observation of the epidemic situation in the country,” Loskutov said. Russia’s President Vladimir Putin had initially announced a lockdown until April 30, but extended it until May 11 on Tuesday, with the warning that the country had not yet reached the peak of infections, and “a hard and difficult path lies ahead”.

GCTC was in the news after Natalya Lebedeva, a doctor who contracted the coronavirus in Star City, died after falling from a hospital window last week. Lebedeva, the chief of emergency medicine at the Medical-Sanitary Unit No. 2 in Star City, had been involved in treating one of the heads of the GCTC, as per the Moskovsky Komsomolets newspaper.

Having started their year-long training in Russia in early February, the four fighter pilots have completed approximately a fourth of their course so far, Loskutov said. Their schedule of training has been met so far, even though the Russian authorities iimplemented the lockdown on March 28.

“All astronauts-elect continue working according to their training plan,” Loskutov said, adding that the four Indians had “successfully passed the exam on the knowledge of the onboard systems of the manned spacecraft”. They are to take the exam in manned spacecraft flight theory, he said, and are “preparing for the exam independently”.

The four pilots are yet to be trained to take appropriate actions during emergencies — if, for example, the spacecraft has to make an abnormal landing in unplanned climate and geographic zones. This physically challenging portion of the training, which includes winter, sea, and desert survival, is scheduled to be held after the lockdown is lifted.

Besides the four astronauts, there is one flight surgeon and an ISRO official too, in Russia currently. The flight surgeons for the mission are selected IAF doctors who are specialists in aviation medicine. They are scheduled to be sent to Russia for training by rotation.

They are responsible for the health of astronauts before, during, and after the space flight, and are supposed to work closely with the astronauts during the training period to develop a strong personal understanding. Their month-long training in Russia too, has been put on hold because of the lockdown.

After the Russian part of their training and preparation, the astronauts-elect will be trained in India for the mission. Russia and India share a history of cooperation in space exploration, with first the Indian cosmonaut, Rakesh Sharma, having flown aboard the Soyuz T-11 launched in April 1984.

In August 2018, Prime Minister Narendra Modi announced that India would send its first national spacecraft and crew to the International Space Station (ISS) around 2022. The mission, named Gaganyaan, aims to demonstrate human spaceflight capability to low earth orbit for a mission duration ranging from one orbital period to a maximum of seven days. A GSLV Mk-3 will be used to carry the orbital module, which will have necessary provisions for sustaining a three-member crew for the duration of the mission.

Prior to the manned spaceflight, India has also planned for two unmanned launches of Gaganyaan — the first of which is scheduled for December. However, there are apprehensions that these may now be delayed, as all space projects have come to a halt following the spread of COVID-19. ISRO itself has been in a lockdown since March 25, following the central government’s announcement.